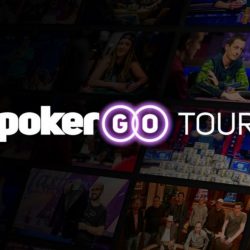 PokerGO has been hosting high-stakes poker tournaments and series for years. There was the Poker Masters, the US Poker Open which led to offshoots like the Australian Poker Open, and the Super High Roller Bowl which started in the US and grew to offer versions in Russia and Australia.

During the pandemic, Poker Central and PokerGO worked with PartyPoker to bring some events online, which it did with some success. But live high-stakes poker is the core of their offerings.

As 2021 sees the return of live poker in the US and eventually around the world, PokerGO had some time to think about putting together its portfolio of events. This week, it announced the result of those thoughts: the PokerGO Tour. And along with it, PokerGO released details of its new ranking system.

The PokerGO Tour will bring together its own – and Poker Central’s own – proprietary events. This will include the US Poker Open, Poker Masters, and the Super High Roller Bowl (SHRB). It will also add two new series of events, one called the PokerGO Cup and the other the PokerGO Heads-Up Championship.

The PokerGO Cup will be a series of eight high-stakes tournaments that will include a range of formats. It will culminate in a $100K buy-in Main Event.

The new PokerGO Heads-Up Championship will offer a bracket-style tournament for 32 poker players. Its prize pool will be $3.2M for the topo finishers.

It seems as if most of these tournaments will take place at the PokerGO Studio at the Aria in Las Vegas, as they happened before the pandemic. However, considering that it is now a tour, they will likely take the events on the road. The rollout of those events likely depends upon the distribution of Covid-19 vaccinations around the world and the ability to travel the world freely again.

The dates released thus far will give players the opportunity to play all of the series in Las Vegas within the next six months. The general tentative schedule for 2021 is:

There may be more events added for the remainder of the year. In addition, more tournaments will be included in the rankings system, as the press release noted 150 tournaments will give players the opportunity to earn points.

Got a look at a preliminary partial list of events for the PokerGO Tour. Looks like they plan to incorporate $10K and up buy-ins from other series, including the WSOP championship events and some Aria High Rollers.

PokerGO President Mori Eskandani noted, “The PokerGO Tour events will include the world’s most challenging high-stakes events in the world, bringing poker front and center in the world of sports in a way that has never been done before.”

A Ranking System for High Rollers

Along with the tour, Poker Central announced the PokerGO Tour’s new ranking system. Players will earn points at PokerGO Tour “qualifying events,” and those points will go toward the Player of the Year Award and a top prize of $100K. The second-place finisher will receive $50K and third $25K.

Eskandani said, “The sport of poker is hundreds of years old and until now, there has not been a globally recognized tour and ranking system that establishes and celebrates the most elite players across the globe, so we started something we hope will evolve and grow.”

There have been rankings systems, but the one dedicated to the PokerGO tour seems that it will focus on high-stakes players and events only.

Every player that finishes in the money of a qualifying event will earn points based on the buy-in of the tournament and the amount of money they win.

(We believe we’re reading the chart correctly, but we will update when PokerGO releases a more detailed chart.)