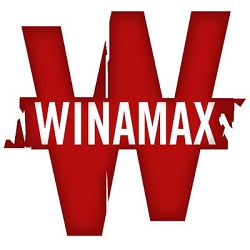 Winamax is a French-based online poker site that has been a national leader in the game since it rose to popularity from its 1999 launch. The site is well-known in France as well as around Europe for its online poker action, though it also recently expanded into sports betting as well.

The site is now being put to the test as never before in its history. Claims of poker bots at Winamax tables by a number of players for months led to an investigation, and the results were revealed.

The players who brought the bots to the attention of Winamax, however, were not satisfied with the investigation or the resulting compensation to players who were victimized by the bots. And that has led a group of them to file an unprecedented lawsuit against Winamax for hundreds of thousands of Euros.

Most large online poker sites have, at one point or another, dealt with bots. Players have been developing and using bots as long as online poker has been in existence in an effort to cheat, to win without personally playing and win without making human errors, thereby increasing the profit margin exponentially. Using bots to play is illegal, but most bots are designed to play in ways that elude the standard methods of policing by online poker operators.

That is when players step in. Experienced players can often spot suspected bots and track enough of their playing patterns to then send that information to the poker operator. That company will then investigate further, and if the combined evidence points to bot use, offending players using bots can be exiled from the site and their account funds confiscated. In most cases, players who were victimized by the use of the bots will be reimbursed or compensated as well.

The most famous incident of players identifying cheating at a poker site happened on UltimateBet in 2007, when players gathered information about suspected superusers who could see other players’ hole cards to win at an inconsistent and overly successful rate. The players turned out to be correct in their assertions, leading to one of the largest poker scandals in online poker history.

More recently, players identified suspicious activities at the low- and mid-stakes PLO tables on PokerStars in 2015. The Eastern European players running the bots were accused of having illegally won nearly $1.5 million, and PokerStars did investigate further after which numerous accounts were closed and banned. Players were reimbursed for being victimized by the bots.

Players first began to bring concerns to Winamax as far back as early 2017. According to a Two Plus Two forum thread, several players began collecting evidence of bots in 2017, namely at the Expresso tables, which are fast-fold games typically aimed at non-pro players. The investigating players named a player called “Twopandas” as using a GTO bot and reported this to Winamax over the course of many months. They were frustrated at the lack of responses.

Their concerns carried over into 2018 and to the French Club Poker online forum, where evidence was outlined to assert that “Twopandas” and another player, “VictoriaMo” (a/k/a “mr.GR33N13”) cheated at some of the biggest tables on Winamax and won approximately €1.8 million annually. It was noted that the two players never competed against each other, an indication of potential collusion, and they may have had help from various other accounts.

Winamax did undertake an investigation that included inviting the accused players to the company offices in Paris to play in person and demonstrate the same level of skill and winning play patterns as had been documented online. Both identified players were initially suspended pending the investigation.

Per a Winamax post on the Club Poker forum thread that was discovered and translated by Flushdraw, a company representative explained the findings. The initial conclusion was that the two identified players were not connected or related. “VictoriaMo” was forthcoming and played the same as what had been documented online. Even so, the player was ousted from Winamax.

“These results tend to legitimize the player VictoriaMo/mr.GR33N13: a level similar to his habits and a desire for transparency that plays in his favor. However, given the suspicion ring around this player and the general climate of mistrust that ensues, it was decided as a precaution not to lift the suspension of his account. His bankroll has been returned to him in full (euros and miles).”

As for “TwoPandas,” however, that player did not cooperate with Winamax as requested. Therefore,

“His account is definitely suspended. The balance of his account is seized. All challenges will be fully recalculated and premiums paid back. In addition, an envelope is put in place to compensate for the damage suffered by the players. Offsets will be made within 15 days maximum.”

With that, Winamax seemed to consider the case closed. The operator thanked the initial player “batmax” for his report and all players who participated in the investigation, noting that it motivated them to “harden” their treatment of similar cases going forward. “We now reserve the right to apply a precautionary exclusion in order to restore a climate of trust that we consider indispensable.”

The player identified as “batmax” (known in real life as Maxime Lemaitre) was not satisfied with the results. Five other players joined in his initial discontent, and they hired an attorney to file a lawsuit against Winamax. Their primary complaint is that Winamax failed to provide sufficient information during its sessions with “VictoriaMo,” who the players felt had cheated and unfairly won money from them.

Poker Industry PRO was the first to report the legal action, which was initiated as a class action lawsuit open to other players. According to that reporting, a total of 16 participants are now involved in the case against Winamax, each filing for individual damages ranging from €10K to €50K.

The primary filing claims that Winamax failed to protect the integrity of the game and was not transparent in its gaming operations, and the lawsuit includes charges against one of the suspected (though unnamed) cheaters. The latter was filed in the hopes of triggering criminal proceedings.