Poker Books from Elezra, Raymer and Harris Due in 2019 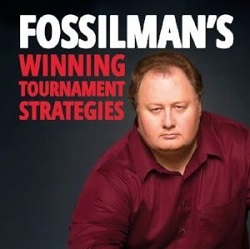 The selection of poker-related books has grown immensely through the years but never at the pace of the poker boom era. More players wanted to get into the minds of the pros, and the pros found opportunities to tell their stories and reveal some strategies that brought more new players to the tables.

As poker became more popular, though, the selection of poker books became more diverse. Of course, there was the massive strategy assortment, with everything from cash game to tournament tips, odds and math-focused strategy, tells, and low-stakes to high-stakes. And at the center of it all was the classic Doyle Brunson’s Super System, which paved the way for most others in the genre.

Beyond strategy, though, there were poker biographies and autobiographies. Players and poker fans were fascinated by the life stories of Brunson, Hellmuth, and Matusow, but there were also books that found legends like Mike Sexton telling their own stories and biographies of those no longer living but wildly fascinating like Stu Ungar.

Further, there were stories of poker incidents, games, and events that captured the imagination of many beyond the poker and gambling worlds. The Professor, The Banker, and The Suicide King by Michael Craig is one of the best known, as is The Biggest Game in Town by Al Alvarez and Positively Fifth Street by James McManus.

By way of three recent announcements, it seems that there will be an interesting addition to each of those three categories in 2019.

Pulling the Trigger: The Autobiography of Poker Pro Eli Elezra

Mason Malmuth announced that Two Plus Two Publishing is working on the English version of Pulling the Trigger: The Autobiography of Poker Pro Eli Elezra. It covers Elezra’s life from his childhood in Jerusalem, service in the Israeli/Lebanon War, and fishing and cannery work in Alaska, not to mention many details from his life and times as a professional poker player.

According to Malmuth, the book was not of initial interest to his publishing company because of its primary focus on poker and gambling strategy, but the amount of poker hands covered in the book met the requirements. In addition, he said his review of the manuscript, “something which I was reluctant to even do,” he wrote, changed his mind. “It was hard to stop reading.” To prove that, Two Plus Two posted an excerpt from the book.

The book is written by Matan Krakow and Ygoav Ronel in coordination with Elezra, and the English version will be translated by Robbie Strazynski. It should be available in early 2019.

The original version was written in Hebrew and released for publication in early 2017. He hosted a book launch party in Tel Aviv to celebrate at the time, which was chronicled by Strazynski on his Cardplayer Lifestyle website.

The strategy book that many poker players have long been awaiting will come from Greg Raymer. While he may be primarily known for his 2004 WSOP Main Event victory, the year following Chris Moneymaker’s win, as well as for his fossil card protectors and unique sunglasses, Raymer is also known in many poker circles for his passion for the game. He spent years as an active poker forum member, thinking through the game and numerous strategies, learning new games, and asking for advice as much as giving it. He has spent years honing his skills and had long wanted to pen a strategy book.

In a recent interview with PokerNews after the book announcement several weeks ago, Raymer explained, “The first book is focused on tournament strategy but is comprehensive. I think that I have covered all of the basics of tournament strategy extremely well and very thoroughly. There is also a lot of advice that is more advanced and not known or at least not well understood, even by some of the very successful and high-level tournament players out there right now.”

Raymer noted that there will be follow-up books to Fossilman’s Winning Tournament Strategies that won’t take as long to write and publish as this one.

D+B Poker, one of the leading publishers of poker-related books, is offering pre-orders of the book, which will consist of 336 pages and cost $34.95 for the paperback or $24.95 for the eBook. It will be released in July 2019 in the United States – just in time to sell it and sign copies at the World Series of Poker in Las Vegas – and August 2019 in Europe.

Fans and players of all stripes might have an interest in the upcoming book from Martin Harris. Many will know him as Short-Stacked Shamus, who has long blogged about poker, though he has also reported from live poker tournaments around the world under his given name for entities like PokerStars.

Harris’s passion for poker began long ago, and he began his Hard-Boiled Poker blog while he was still a full-time professor at universities near his home in North Carolina. He holds a Ph.D. in English and often turned his courses into poker-related lessons about poker in pop culture and in politics.

Though Harris has self-published several novels, his new book, Poker and Popular Culture: Telling the Story of America’s Favorite Card Game, is his first with D+B Poker as his publisher. He has written numerous articles for PokerNews on the topic and decided to combine the material into a book. He explained further: “Ordered somewhat chronologically as a history of the game, the book primarily will focus on poker’s prominence in American popular culture or the ‘mainstream.’ In other words, I’ll be examining the game as it has been discussed and portrayed over the last two centuries – plus not just at the tables, but in newspapers, magazines, letter, memoirs, paintings, fiction, drama, radio shows, music, film, television, and elsewhere.”

It should be no surprise that Harris has collected information for the book for years and recently traveled to the University of Nevada Las Vegas to do additional research at its Center for Gaming Research. He received an Eadington Fellowship that allows him to view rare and unique materials from the world of gambling. Suffice it to say that his book will include little-known information from this research.

This 288-page book is also available for pre-orders at $24.95 for the paperback edition and $12.95 for the eBook. The US publication date is set for June 2019, just at the start of the WSOP in Las Vegas, where he plans to do some promotion for it. The book will then be published in July 2019 in Europe.