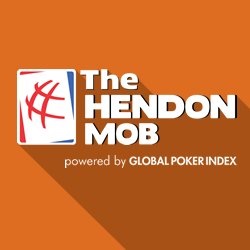 There are numerous ways to track poker players’ tournament results online. There are a number of websites that offer player databases, but none is as comprehensive, detailed, or legendary as the Hendon Mob database.

The Hendon Mob itself was a group of UK-based professional poker players: Barny Boatman, Ross Boatman, Ram Vaswani, and Joe Beevers. The latter hailed from the London suburb of Hendon, but all played poker in the rooms in or near the town. They named themselves the Hendon Mob as they began to appear on televised poker programs like Late Night Poker, and they launched the website as a source for their own biographies and others who played on the show frequently.

Officially a database by 2004, the website grew over the years to include any player who wanted to be listed and display their tournament results from anywhere in the world. They included data from sources like CardPlayer and the now-defunct PokerPages, and the Hendon Mob database eventually became the primary source for such information. The Global Poker Index, a subsidiary of Mediarex Enterprises, bought the Hendon Mob database in 2013 and continues to maintain it, now with more than 550,000 players, in addition to event listings and other tournament information.

While players occasionally took issue with their public listings, it wasn’t until last month – August 2018 – that more than a handful of players began publicly demanding the ability to rename their listings or delete their Hendon Mob accounts altogether.

The General Data Protection Regulations (GDPR) has caused some changes to the way @TheHendonMob operates https://t.co/cIhGyUcNLE

It Started with European Taxes

PokerFirma broke the story in August. Poker pro Hossein Ensan contacted the German poker news company regarding his poker winnings in Spain. He detailed how Ensan won €652,667 at the 2014 EPT Barcelona Main Event and returned to his home country of Germany with the money. He clarified his tax obligation with the German tax office but then discovered that Spanish authorities wanted to tax those winnings as well. Spain also wanted to charge interest and legal fees, putting the total owed to the Spanish government at €235,000.

The tax situation for German players led to many of them wanting to disguise or delete public records of their poker winnings. And when they did not receive a favorable response from sites like Hendon Mob, they threatened legal action on the basis that the database was in violation of the European Union’s General Data Protection Regulations (GDPR).

The GDPR is a regulation on the EU books that guarantees privacy and data protection for all individuals in the EU and European Economic Area. It assures that all individuals in the EU have control over the publication and/or distribution of their personal data. This law went into effect in May 2018, and violations can result in fines of up to €20 million or up to 4% of annual revenue.

A German poker pro called “schmette” on the Two Plus Two forums then posted last week that the Hendon Mob gave in to the requests. He called the Hendon Mob’s collection of tournament results “years of abusive data collection” but had to stop per the GDPR.

Soon after, a person named Roland from the Hendon Mob wrote a response. It read, in part, as follows:

“The Hendon Mob is run by a small team of poker fans whose aim it is to serve the poker community by operating the best poker database and poker information resource available on the internet. By publishing the results and payouts of major tournaments, Hendon Mob is no more guilty of ‘abuse data collection’ than the APT or the PGA. The information published on THM (the Hendon Mob) has already been released by a casino or tour in line with their own T&Cs (terms and conditions), which a player agrees to by registering the tournament.

“It’s deeply sad to see certain players who have enjoyed a successful career in poker celebrate a situation where a small business operating in the poker world has its operations affected by sweeping legislative changes, purely because it confers some benefit to themselves.

“I suspect these same players are more than happy to use the site for their own financial advantage, by looking up and gaining information about their opponents in major tournaments.

“Yes, GPDR has caused some changes to the way we operate, but we will continue to work hard to serve the community, to improve the product we offer to poker fans, players and the media and to continue to grow our traffic year on year.”

Responses in the forum thread span a wide spectrum of opinions. But many players and others in the industry not facing the tax problems of the Germans disagree vehemently with the Hendon Mob’s decision to allow players to delete their results.

As Haley Hintze of Flushdraw wrote, “It’s only the Hendon Mob that’s being hurt by this change, and they really ought to rethink it. IN the long run, replacing valid results listings with ever-increasing numbers of “Anonymous” entries could eventually weaken the site to the purpose of not being unusable but of being passed up by its competitors. That loss of relevancy would have an impact across all of parent company Mediarex’s operations, to the detriment of the poker world.”

Meanwhile, neither the Hendon Mob nor Mediarex has issued a public statement about the situation.