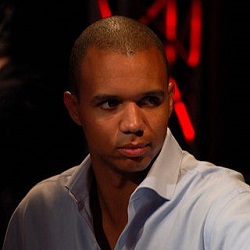 Phil Ivey is a poker icon to many of the game’s players and fans. At only 40 years old, he has accomplished more in poker than many of his predecessors, including the accumulation of nearly $24 million in live tournament earnings and several more million online, ten World Series of Poker bracelets, and a World Poker Tour title. He has proven his skills in numerous game variations and regularly plays in cash games around the world with the highest stakes. And he is now considered a lock for entry to the 2017 Poker Hall of Fame.

He enjoys the art of the gamble, when he feels that he has an edge. Thus, many who know Ivey were not surprised when the stories emerged about his disputes with casinos regarding punto banco play.

Both cases have become worldwide news, partly because of his poker reputation but also because of the sizable amounts of money involved and the lengths to which he is going to obtain his winnings from the casinos. The UK case, which is the focus of this piece, is now in the hands of the UK Supreme Court. He is hoping for a positive ruling in order to finally collect the £7.7 million he won using an edge sorting technique at Crockfords, a casino located in Mayfair, London.

In the summer of 2012, Ivey took a trip to Crockfords with gambling partner Cheung Yin Sun. The two played punto banco, a variation of baccarat, over the course of three nights for a reported sum of £50,000 to £150,000 per hand.

The games began at the lower betting amount until the duo lost approximately £500,000, at which point they requested special permission to bet the higher amount of £150K per hand. Suddenly, they began to win and ended the session up nearly £2 million. The woman asked that the same cards be used for the next session, purely for the sake of superstition.

According to Grantland, on that second night, the woman made another request, that the dealer turn certain cards 180 degrees before the deal. Within a few hours, the two were up to £7 million in winnings. They stopped soon after and wanted to obtain their profit from Crockfords. However, the staff had become suspicious of the two and only paid out the initial £1 million with which they arrived.

Ivey’s lawyers soon filed a lawsuit against Crockfords. “I was given a receipt for my winnings,” Ivey asserted in a statement. “I have no alternative but to take legal action.”

Crockfords responded with an assertion that Ivey’s partner spoke to the dealer in Cantonese to explain exactly how to turn the cards so the two could read the patterns on the back, memorize them, and use that knowledge to their advantage. The process is called edge sorting, which is not illegal by law but discouraged by casinos. And gambling establishments do have the right to refuse payment if players are thought to be cheating by the casino’s standards.

Most people have heard of counting cards in blackjack. Edge sorting is similar but used in baccarat to play based on reading the patterns on the back of playing cards. Any flaws in the designs, especially around the very thin edges of the cards, can be detected by a trained eye and provide an advantage when betting.

Crockfords claims that the two gamblers used edge sorting, combined with special requests of the dealers and management, to win unfairly. Ivey, however, claimed that he may have used information to his advantage but did not cheat. “I would never do anything to risk my reputation,” he said at the time. He called his actions “legitimate strategy” and claimed that the casino failed “to take proper steps to protect themselves against a player of my ability.”

After the incident took place in 2012 and Ivey took action via London’s High Court in May of 2013, the case proceeded at the slow pace that is indicative of many courts. It wasn’t until October of 2014 that the High Court issued a ruling in favor of Genting Casinos UK, owner of Crockfords. The court noted that edge sorting tactics were not legitimate, and the casino did not have to pay.

Several months later, Ivey won the right to appeal that court ruling, and the Court of Appeals heard the case. By the end of 2016, a ruling from that Court of Appeals upheld the previous decision but went ever further in the wording of its ruling. The justices said that edge sorting was cheating even “without dishonesty or intention to deceive.”

Ivey again sought permission to appeal, and it was granted in February 2017 when the UK Supreme Court agreed to hear the case. Arguments were presented this month to the highest court in the UK, nearly five years after the incident took place. “I am hopeful that the Supreme Court will reverse the decision against me and that I will finally receive my winnings, which I consider to be the just and proper outcome to this dispute,” Ivey said.

Most cases at this level take several months to conclude. There is no timeline for the justices to render a decision, but many are anxiously awaiting it as it could influence gamblers and casino operators going forward.