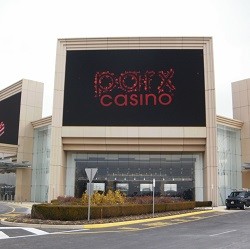 Just as the Pennsylvania Gaming Control Board (PGCB) finally released information regarding license applications for its new online gambling industry, one casino is flipping the script. Parx Casino requested that the PGCB put limitations on licensing.

Why now? The window for submitting online poker and casino games licenses begins April 2, but more importantly, the exact framework for the online gambling industry has not been finalized. The details from the legislation that became law are the only standards set thus far, and the PGCB must fill in the blanks.

Parx wants to have a say in the process.

Request 1:  Casinos Can Only Be Associated with One Skin

Parx would have to associate with 888poker or WSOP, not both. This request wants to limit each casino to one skin, so as not to offer multiple websites connected to the same casino.

An online poker or gambling skin is simply a second or third website associated with the primary company. All are on the same software network so as to share tables, providing more liquidity. Players may compete on different sites to take advantage of bonus offers and promotions, but all of the sites connect, which benefits the casino. Parx does not want one casino to partner with, for example, WSOP and 888, which would both run on the same network.

Why Pennsylvania’s Limits on Skins Could Stifle Online Gaming Before It Starts…PA may only need to look to its neighbor to the east – via the @iDEA_Growth Blog https://t.co/umG8d5Fygn pic.twitter.com/eSgRPD19SR

“The Board should require that any branding associated with a skin match, or be predominantly the same, as the brand of the Certificate Holder as noted on the Interactive Gaming Certificate.”

The most obvious reason for this would be, speculatively, that Parx wants its name to be the focal point of the online poker or casino games site instead of a brand like WSOP or 888poker. This would give casinos an advantage based solely on the reputations they’ve developed as land-based entities, preventing a lesser-known casino suddenly garner an advantage by signing with a company like PokerStars that has global notoriety.

Request 3:  Everything Must Be Located in Pennsylvania

A company like PokerStars would have to establish servers and equipment within Pennsylvania and host employees within the state’s borders as well. This is the third ask of the PGCB.

This request is fairly clear and not completely unreasonable.

If Parx uses NetEnt software for online casino games, Parx wants to share revenue with NetEnt instead of simply leasing the software.

“The Board should permit Certificate Holders and IGOs to enter into revenue sharing arrangements with providers of interactive gaming content.”

This is fairly self-explanatory and common in the online gambling industry. It is also the practice in New Jersey, which Parx insists has worked well for the casinos and software providers.

If Parx and Mount Airy both obtain licenses for online poker within the same licensing window established by the PGCB, they should both be forced to launch their poker sites on the same day.

“The Board should establish a synchronized start date for the commencement of interactive gaming operations by Certificate Holders that apply within a particular application window.”

This would prevent one casino from partnering with someone like 888poker, which has already established itself in other states and would likely be ready for launch sooner than another brand like Pala. Parx asks that there is no rush to launch before others, which better levels the playing field and prevents mistakes.

Only the first two requests from Parx are controversial, but they are certainly stirring debate. Both go against the current regulatory framework that has been so successful in New Jersey, and both favor Parx because it has more name recognition than many other properties in Pennsylvania. The requests also give less of an incentive for sites like PokerStars to spend a lot of money in the state if they are unable to use their brand names as leverage to create partnerships and lure customers.

There is some time for the debate to take place and for other casinos to weigh in. Considering the licensing application window does not open until April 2 and will remain open for several months, there is sufficient time to bring all parties to the table for discussions.