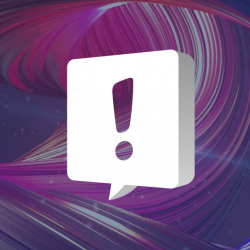 This shakes things up a bit.

NSUS Group received approval today for its Pennsylvania interactive manufacturer license. The Pennsylvania Gaming Control Board unanimously approved it. NSUS is the parent company of GGPoker.

It appears that NSUS is an investment, consulting, and marketing company that facilitated the launch of several online gaming brands, including GGNetwork. Sites like GGPoker and Natural8 operate on GGNetwork. The firm is based in Toronto but also has offices in Dublin and Seoul and on Malta and Isle of Man.

(We shall ignore the fact that NSUS stands for “nice, superb, unbiased, and social.”)

The company now has the ability to put its brands – like GGPoker, perhaps – into the Pennsylvania internet gaming arena.

News Out of Nowhere

Pokerfuse has its finger on the pulse of – and probably some inside sources – in the gaming industry. They tend to scoop news on sites like PokerStars and GGPoker. That gave them the inside scoop on GGPoker’s move into the US market, and they revealed it yesterday.

On February 9, the revealed that the Pennsylvania Gaming Control Board (PGCB) was likely to approve NSUS Group’s license for online poker and casino games in the state. They were right. Licensing Director Susan Hensel obtained that approval at the PGCB public board meeting, starting at the 1:18:00 mark.

GGPoker kept this on the low until this week. No representatives of the site, nor its ambassadors like Daniel Negreanu, leaked the information for public release before this week.

Negreanu mentioned GGPoker’s intention to explore the US market, but that comment came in early 2020 as GGNetwork partnered with the World Series of Poker to offer WSOP events globally. The company made another vague comment to Pokerfuse in 2020, but no additional information followed.

"What I’m going to say about the US is, sooner or later, in any way, shape or form, players in the US will be able to play on our platform," GGPoker told @pokerfuse last year.

There's a chance GGPoker's parent company could get approval in PA tomorrow 🖊️https://t.co/B1irVMDNey

NSUS has yet to partner with a land-based casino in Pennsylvania. This will be the first step in a line of next steps necessary to prepare for an online poker and/or casino launch. With a partnership in place, NSUS will need to apply for and obtain an operator license.

However, this could all be in process behind the scenes. A casino partnership could be announced at any time without forewarning.

While GGPoker made no public statement, Play Pennsylvania obtained a comment from a company representative. “This has been a long time coming,” the person said. “We’ve worked hard getting GG ready for the US. We still have a ways to go, but this is an important step.”

Negreanu has said nothing publicly about NSUS’ moves in the US market. He merely retweeted the Pokerfuse story from February 9.

In November 2019, PokerStars became the first online poker site to launch for the state-regulated Pennsylvania market. As 2021 got underway, it remains the sole poker offering licensed by the state.

And while internet poker isn’t the star of Pennsylvania igaming market, it continually delivers anywhere from $2.5M to $4M per month in revenue. It seems easy to do with no state-licensed competition for well over one year.