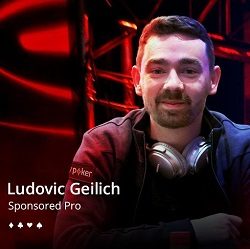 The PartyPoker roster of sponsored pros and ambassadors grew again last week. The addition of Ludovic Geilich of Scotland puts the total number of players on Team PartyPoker at 32.

The number itself is not significant, but it is notable that PokerStars – the largest online poker site in the world by a mile – has only 23 members of its professional team, as it is been downsizing since Black Friday. Fellow competitor 888poker has about half of that number, though each ambassador seems chosen to add a specific quality to the team or serve a particular market.

The overall goal of Team PartyPoker remains a bit unclear, though market coverage is likely a huge factor as it seeks to grow in regulated markets as in the larger rest-of-world territory. The company also wants its team to represent a range of game variations. And that brought Geilich into the fold as the newest member of the team.

Join us in giving @Gr4vyBo4t the warmest of welcomes to the #teampartypoker stable. Welcome on board the good ship #partypoker, Ludovic! https://t.co/NxASxcCJjs |18+|Play responsibly|begambleaware pic.twitter.com/7Pjgbh2xef

Ludovic Geilich, referred by many as Ludo but known online as Gr4vyBo4t, is based in the UK but hails from Scotland. He originally found that his need for competition could be met at snooker clubs, but it was there that he found poker and began to play more often.

The most ideal place to practice his game was online, and he quickly moved up in stakes and became a formidable tournament competitor. To date, Geilich has accumulated more than $3 million in online tournament earnings.

The Scottsman took to the live poker tables more often in 2013 and found success there as well. After winning a small event in Edinburgh, he made his way to Spain to play in the PokerStars Estrellas UKIPT Marbella Festival and won the €1K Main Event for €130K. He final tabled the EPT UKIPT London Main Event a few months later for more than £193K.

Geilich’s winnings began to add up. Along with numerous cashes, he won an EPT Vienna event in 2014, Grosvenor 25/25 Series and Genting Poker Series events in 2015, and the Wynn Classic NLHE Championships in 2016 in Las Vegas for more than $150K.

The past year has been another good one for Geilich, starting in December 2017 with a win in the PokerStars Championship Prague for €184K and then first place in the first event of the PartyPoker Millions Grand Final Barcelona for €250K. He also cashed in four tournaments at the 2018 World Series of Poker in Las Vegas, bringing his total of live tournament earnings over the $2.2 million mark.

PartyPoker’s bio of Geilich boasts of the pro’s versatility and passion for the game, having found success in both live and online tournaments, in both hold’em and Omaha. His unpredictable play makes him an exciting player to watch, as does his sense of humor.

Now considered a PLO specialist, Geilich is excited to share that Omaha excitement with other players, according to the announcement of the new partnership. “I am really looking forward to representing such a forward-thinking brand and working with them to increase their current online PLO offering!” he said. “PartyPoker is making huge waves in the international poker scene and is constantly striving to look after the player.”

Geilich is already representing PartyPoker online but will also do so live, beginning with the PartyPoker LIVE Caribbean Poker Party, which is scheduled for November in the Bahamas. He plans to play numerous events, including the $10M Guaranteed Millions World High Roller.

At 30 years old, the young pro is off to a stellar start in his career, but he remains young enough to connect with many of today’s new players. He joins the large and star-studded team that includes names like Mike Sexton, Sam Trickett, Marcel Luske, Isaac Haxton, Bertrand “Elky” Grospellier, Kristen Bicknell, Padraig Parkinson, and Boris Becker.