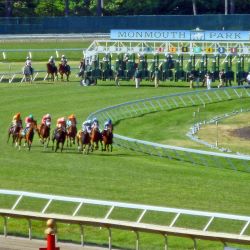 Casino games in New Jersey are restricted to Atlantic City. It has been the law of the state since the 1970s. Voters specifically opposed gambling throughout the state but approved a referendum to allow it in the city limits of Atlantic City.

In recent years, New Jersey has slowly expanded gambling. Land-based casino gambling remained in Atlantic City, but sports betting spread to the state’s racetracks in the past decade. And the legalization of internet gaming allowed players anywhere in the state to play online poker or casino games.

Several years ago, some lawmakers began to push for expanded land-based gambling, starting with the New Jersey Casino Expansion Amendment in 2016. Heated debates erupted, however, as Atlantic City casino operators and supporters argued that they would be forced to close if they had to compete with casinos around the state. Those in favor of the amendment promised the redirection of some casino revenue to AC.

This type of legislation appeared in past years, but in no form has it garnered enough support to pass.

Horse racing has been another story, as New Jersey boasts of three racetracks and five off-track betting sites. However, the coronavirus pandemic hit the tracks particularly hard, and track management is looking for new revenue streams.

They want one game of skill: poker.

Horse tracks in New Jersey want to succeed. They want to earn more revenue and attract bigger crowds when their venues open back up to the public in full form.

The current version of the bill starts by declaring poker as a “game of skill and bluff and, therefore, is not a form of gambling that is restricted by the provisions of the New Jersey Constitution.” The bill would then authorize permitted horse racetracks and harness tracks to establish poker rooms for players 21 and over. And the Division of Gaming Enforcement will oversee the live poker, not the New Jersey Racing Commission.

Separating poker from other casino games would open new doors for the live poker industry, and authorizing tracks to host games would deliver extra revenue to the track operators.

The bill has been in the Assembly Tourism, Gaming and the Arts Committee since July 2.

Dancer may have support behind the scenes that has yet to come to light. From the outside, the bill does not appear to have resounding support.

This move does have several things going for it.

-1.  This differs from previous gambling expansion efforts, as it pertains to poker only and restricts it to racetracks. There will be no new casinos or establishments that will compete against Atlantic City.

-2.  Racetracks have been struggling for years, but the pandemic did real damage to their bottom lines. They will likely need subsidies in the future to reopen and continue operations. A new revenue stream would help and also deliver new a new customer base.

-3.  The horse racing industry is a powerful one with friends in the state legislature.

Of course, there are many potential roadblocks as well. Most notably, there may be some opposition from Atlantic City casinos that want to retain their poker base. That contingent is also powerful and maintains good relationships with many lawmakers.

It remains to be seen if the bill moves at all.

It's a longshot, but there's a chance live poker rooms come to the horse racetracks outside of Atlantic City. @brianpempus on legislation filed last week to expand poker beyond AC: https://t.co/EHMbxJcFLC pic.twitter.com/qIGCVZ10Yy