New York May Have a Gambling Problem 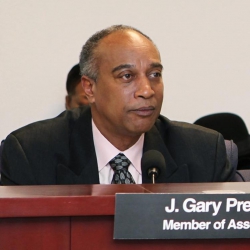 Gambling predictions are hard. One might say, trying to predict revenue from online gambling or land-based casinos is – wait for it – a gamble.

New York took that gamble by legalizing land-based casinos. The voters of the state actually approved it in 2013 by voting for a constitutional amendment to expand casino gambling that authorized the building of as many as seven Vegas-style gambling resorts. The state was already friendly to gambling with lottery action, horse racing, tribal casinos authorized in the 1990s, and racinos added in the early 2000s. But the new casinos were to pave the way for New York to keep up with its competition in neighboring states in the New England area.

Three large brick-and-mortar casinos are open for business as of the end of 2017 – del Lago, Tioga Downs, and Rivers Casino & Resort. And Resorts World Catskills is scheduled to open in early 2018. All are allowed by law to offer table games, poker, and slot machines.

Altogether, the projections for the first year of revenue from the three establishments currently in operation was approximately $588 million. But according to the New York Gaming Commission, those estimates overshot the actual revenue by nearly $220 million. The breakdown of the revenues versus projections is as follows:

Those are some significant differences.

According to the New York Gaming Commission, the numbers are not complete and even the first year is not enough time to make an informed judgment. And in these cases, other factors played into the first year of operations, such as a casino opening before the affiliated hotel or before all restaurants and other features were up and running. The numerous variables involved in the opening of a gambling establishment as a part of a resort-type establishments are many and provide skewed results.

The de Lago general manager and executive vice president, Jeff Babinski responded that the revenue produced thus far is already helping local farmers and business owners, local governments and communities, employment, and education funding. “While the revenue in the first eight months has been below projections, we are confident that we are moving in the right direction,” said Babinski.

New York Assemblyman J. Gary Pretlow expressed worry that the casinos might be requesting bailouts from the state and wants an immediate investigation into the reason for the significant difference between first-year revenue and projections. He went so far as to ask the state comptroller, Thomas DiNapoli, to launch an investigation as to whether or not the casinos inflated estimates in order to obtain licenses.

Too Soon to Panic?

Most in the casino business feel that it is too soon to panic or launch an investigation. The casinos have yet to report full-year revenues, and some parts of each property have not yet been open long enough to impact overall revenue, much less any revenue tracked over any significant period of time.

Moreover, casinos understand that there is a process to attracting customers through extensive and long-term marketing and advertising campaigns. The new casinos are in competition with some long-standing tribal gambling establishments, as well as casinos in other states. While estimates should have considered those and many other factors, it can be difficult to make accurate predictions with such unpredictable factors as construction, management, and customers.

One might think this has little to do with the potential for 2018 online gaming legislation and efforts to legalize and regulate online games in connection with their casino partners. Two significant parts of the story, however, may impact the overall debate.

First, Pretlow is the Assemblyman who sponsored online gambling bills in years past. And while Senator John Bonacic has been successful with his bills on the Senate side for two years in a row, Pretlow has wavered. He introduces online gaming legislation at the start of each year, claims to be its champion, then finds reasons to doubt online gaming as the year progresses. This has inevitably played a role in his inability to garner support for floor votes on the bills.

Pretlow from New York: I'm waiting to see how our states' new land-based casinos will do, before jumping into Internet gaming. #igna2015

If casino revenue failures cause Pretlow to panic with less than a year of full results to be calculated yet, there is a good reason to believe this will affect his willingness to push for online gambling in early 2018. He will be skeptical of online gaming projections, whether or not the comptroller’s office decides to investigate the land-based casinos.

Pretlow quote= ? It's a casino, not the Red Cross! "Resorts World is..not only looking out for themselves, but the entire community" https://t.co/GaktWr2gIC

Meanwhile, the delay in casinos meeting expectations and delivering solid profits may influence many in the state legislature that it is too soon to legalize online gaming. Many may want to give the casinos more time to deliver strong numbers and prove their ability to deliver promised tax revenue to New York before handing them the keys to a new industry like online gaming.

While the legalization of online poker and casino games in Pennsylvania may push New York to act, the disappointing numbers from the New York casinos could hurt the process. It goes without saying that New York will be watched carefully in 2018 when the topic of online gambling comes up for debates and bill considerations.