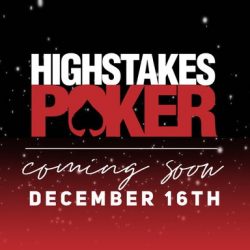 One of the most popular poker television shows of all time was High Stakes Poker. It aired on the Game Show Network (GSN) from 2006 through 2011, starting with commentary from Gabe Kaplan and AJ Benza. Eventually, Kara Scott replaced Benza and Norm Macdonald replaced Kaplan.

GSN filmed the high-stakes cash games at various casinos around Las Vegas. It gave poker fans the opportunity to see their favorite players – Phil Ivey, Daniel Negreanu, Tom Dwan, Doyle Brunson, Sammy Farha, Phil Hellmuth – tangle with each other in huge pots. And it brought new faces into action, ones with which many fans were unfamiliar like Guy Laliberte.

Instead of tournament poker, High Stakes Poker provided a look into high-stakes cash games, complete with bundles of cash on the tables and lots of chatter.

In the Hands of Poker Central

After Black Friday in 2011, American poker changed forever. Gone were the days of companies like PokerStars and Full Tilt Poker sponsoring television content. Poker Central became one of many aspects of poker to fall by the wayside.

Poker Central wanted to bring it back.

In February of this year, Poker Central announced that it acquired the High Stakes Poker brand and all of its assets. The intent was to take the seven seasons and begin airing them on PokerGO, the online subscription channel for poker content.

At that time, Poker Central did say there would be new episodes. And it wouldn’t be too difficult, as Mori Eskandani produced the High Stakes Poker show and is now the executive producer at Poker Central. When Poker Central purchased the brand, Eskandani said, “It’s truly a dream come true to bring the series to a new generation of poker fans and players, and we expect even more action when the show returns with faces new and old.”

Normally, Poker Central issues a press release when revealing details about a new show or broadcast. Not this time.

On October 23, Poker Central tweeted the return of the show would be December 16, though details only led to speculation about participants, format, etc.

On October 27, Tom Dwan, one of the High Stakes Poker alumni, tweeted a very brief video of some high-stakes players sitting at a table in a studio. He commented that it had been about seven years since the show ran (nine, but math is hard). It’s easy to see faces like Phil Hellmuth and Phil Ivey at the table.

Dwan confirmed that they were filming an episode for the return of HSP.

NEW episodes of High Stakes Poker are coming to @PokerGo App December 16th!! Including @PhilIvey @TomDwan @JasonKoon @Badams78 @BrokeLivingJRB Rick Salomon and me, to name a few! Some say it is the best show in poker #HighStakesPoker #POSITIVITY https://t.co/VOCbWd5Ts9

HSP in a Pandemic

Poker has taken some tough blows in 2020 because of the coronavirus pandemic. Even as casinos have reopened over the summer, many poker rooms did not. Some removed their poker rooms altogether, replacing them with slot machines. Others only recently reopened them but with plexiglass between players and extraordinary sanitization processes in place for cards and chips.

Poker Central and PokerGO had to figure out how to host high-stakes cash games without the plexiglass but with safety precautions. High Stakes Poker needed to provide a safe table for players and production space for the filming crew.

So, all players had to take a Covid-19 rapid test early on the day of filming. If the test was negative, they returned that night to play.

Even so, some of the classic HSP players were not able or willing to play in these conditions. Eskandani said Brunson is not feeling well so isn’t participating. He said Eli Elezra isn’t leaving his home until researchers find a vaccine for the virus.

Some players simply won’t be a part of it. However, others will. Phil Ivey and Tom Dwan, two fan favorites, have already participated. Undoubtedly, there will be some surprise appearances as well.

Eskandani said he wanted to keep as much of the old HSP vibe as possible, if not for nostalgia’s sake, for the fans who miss the show so much. “We wanted it to stay close,” said Eskandani. “Fidelity is important to us with what it was in the past.”

He claims the great table talk is back, as are the high-stakes pots and antics of the players. And the set strongly resembles the hotel suites in which the games were played a decade ago. Eskandani claims that the new season of High Stakes Poker will pleasantly surprise many fans. “Absolutely never a dull moment,” he said, “and the conversation was exactly what you wanted.”

PokerGO is a subscription-based channel, but the price to subscribe is fairly reasonable. But by using the code “HSP2020” when subscribing, it garners the customer $10 off.

Poker fans will find all of the archived seasons of HSP and many other shows, as well as Season 8 as it airs. Episodes will begin on Wednesday, December 16 at 8:00pm ET.

Get ready & save $10 with promo code HSP2020! pic.twitter.com/FPWMuDKGTr