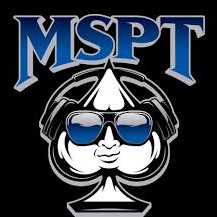 When the coronavirus pandemic swept into the United States in March 2020, threatening to spread as it did in Asia and Europe, nearly every nonessential business and service shut down. Poker was among them. Casinos shut their doors around the country, and poker tours put everything on hold.

As the months went by, it became more uncertain as to when poker tournaments could possibly resume. It led to some operators – like the World Series of Poker and World Poker Tour – to take their offerings online for international players. The small US online poker market – operational in only four states – was not an option for operators like the Mid-States Poker Tour (MSPT).

In the summer months, most casinos began to reopen, albeit with extreme caution, limited customer capacity, and new safety protocols. While many parts of America subsequently saw a spike in positive coronavirus cases, many casinos decided to try to stay open.

Enter the MSPT and the Grand Falls Casino in Iowa.

Ready to Give It a Go

During those summer months, some of the casinos featured on the MSPT reopened, though many did so without poker. Canterbury Park in Shakopee, Minnesota, however, announced that it would offer poker again beginning July 9.

The MSPT wanted to get in on the action and worked closely with Grand Falls Casino in Iowa to make something happen. And it would happen at that establishment in Larchwood, Iowa.

At the beginning of August, Bryan Mileski posted on the website, “WE’RE BACK!!!”

The plan was to kick off satellites on August 6 for the $1,100 buy-in MSPT Main Event set for August 28-30. And the tour slapped a $150K guarantee on the prize pool for good measure. The two starting days were set for August 28-29, and those still holding chips would return on Sunday, August 30, to play for the win and the trophy.

There was no question that poker players missed their games. But many were specifically craving the tournament setting. They made their desire to return evident in the MSPT numbers.

Day 1A attracted 226 entries, and 27 of those players survived with chips. Kevin Berthelsen held the chip lead. Day 1B added another 292 entries. Forty of them finished with chip stacks, though Berthelsen remained the overall chip leader.

Players had been so anxious to return to the tournament tables that they set a new record.

The largest two-day record of entries for a tournament at Grand Falls was 238 entries in 2015. This event more than doubled that number and set a new record for the largest major buy-in in Iowa history.

Huge Win for a Masked Winner

The 67 finalists returned on Sunday to play it out, and they didn’t play long before punching through the money bubble. The final 54 players received at least $2,254.

When only nine players remained, Berthelsen was not only still in the game but second in chips to Tom Sundling. And a man named Mark Collins was second-to-last in chips.

Sundling ousted the ninth-place finisher, and Steve Wilkie busted a man in eighth. Collins stepped in to kick a player out in seventh place, while Sundling handled sixth. But Collins then proceeded to double through Sundling, and Berthelsen sent Sundling home in fifth place and Jason Reisdorfer in fourth.

Wilkie pushed Berthelsen out in third place and took 6.15 million chips into battle against the 6.8 million of Collins. The latter took control and ended up dispatching Wilkie in second place.

Mike Collins, who had won an MSPT title at Canterbury Park in Season 9, took down this title and won a trophy and $107,706 for the victory.

Congrats to Mark Collins from Moro, IL defeating a 518 runner field @GFCasino for his 2nd MSPT title and $107,709! pic.twitter.com/6GlBBapAF0