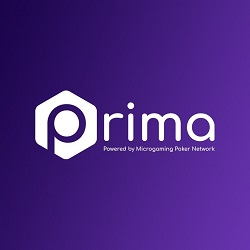 Some players know MPN as the Microgaming Poker Network, and others know it simply as the network that hosts online poker sites like 32Red, Betsafe, Betsson, Grosvenor, and NordicBet. In all, there are more than two dozen sites on the network, most of them linked together to share poker liquidity for cash games and tournaments.

The company actually started as Prima Poker in 2003 and transformed into a network powered by Microgaming. The Isle of Man-based company has been a transparent company, with Head of Product Alex Scott taking significant steps in the past several years to communicate with customers, not only to boast of improvements to MPN but also to own mistakes.

For example, when PKR folded last year and PokerStars stepped in to pay its customers, MPN announced its assistance in the matter, as PKR did use Microgaming software. And Scott openly addressed the network’s struggle with affiliates through the years on the MPN blog in a post entitled “How MPN Failed to Regulate Affiliates.”

Most recently, Scott took to the blog to inform customers and operators of a new online poker client, one named after its origin: Prima.

We don’t deserve this yet. But we will. @ThrillofPoker winner of ‘Best Poker Network’ at #EGRB2BAwards pic.twitter.com/FFTcn1cxOQ

Scott first officially announced the upgrade at the end of May. He reminisced about older versions of Microgaming software, as well as innovations that helped transform the online poker industry like anonymous tables and mobile access. And he discussed the difficulties of combining various versions of software and enhancing security, as well as adjustments needed to adhere to regulations in various legalized and regulated markets.

We’re releasing a new download poker client in July. It will be a lot nicer than the old one. We’re really excited about it. https://t.co/IYkk54JVQZ pic.twitter.com/1eqhBEWqQG

The information provided about the client was fairly broad but include hints about eliminating unnecessary and rarely used features like three different types of hand histories and five ways to use the bet slider. The focus was going to be on popular items like bonuses and loyalty features. In addition, MPN added more personnel to its development team.

In subsequent posts, Scott discussed the difficulty of rebuilding the entire platform from a C++ language to a more modern one. But the benefits of leaving C++ included things like Ultra HD graphics, easier navigation for players, and quick software testing.

The new software began rolling out to its poker rooms on July 20, more on July 26, and it was then available to all as of July 31. There was also a reminder to players in the UK, Denmark, Latvia, and Estonia that country-specific sites had to be used due to regulations and licensing in those countries.

The official introduction of the software to players boasted of easier navigation to various sections, like cash games and tournaments, as well as a simplified rewards system. There was a player history tool to show profits and losses with various search and tracking features. New graphics improved the resolution on all desktop and mobile devices, and a new feature allowed players to turn their hand histories into GIFs that could be shared on social media.

Our new ‘Player History’ tool clearly shows your overall profit and loss across all game types. We want to make it easy for players to make responsible choices, so we’re not hiding this away. Our new poker client launches July 26! pic.twitter.com/soGY9uidR7

Most importantly, Prima was developed to enable Microgaming to deploy new updates more quickly than in the past and across all platforms at the same time. As players dive into the new software, they are encouraged to provide feedback to MPN so the company can determine what changes should be made and implement them expeditiously going forward.

More news from @ThrillOfPoker – we have launched our first ever official thread on @twoplustwoforum today. Check it out: https://t.co/Hwn54PPqiE

Scott noted, “This is our biggest and most important poker release, and the culmination of a multi-year strategy to revitalize our product and leapfrog the competition. I’m proud of what the team has achieved and I’m so excited about what we are going to build together in the coming months.”

To coincide with the release of Prima, we just launched our new network website. Check it out: https://t.co/vi3zEDcTzS

As for the new Two Plus Two forum thread launched to interact with players and garner feedback, players seem to be pleased with the transparency and openness about the upgrade and processes involved. They are already offering suggestions and receiving quick responses from Scott.

Players who download the new client on any of the MPN sites will also be eligible to participate in the $50,000 Prima Poker Missions promotion that will include €1,000 daily freerolls and a final €30K freeroll.