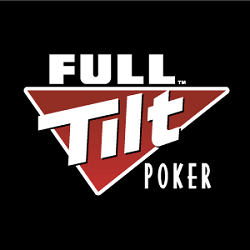 Full Tilt Poker creeps back into the news

Six and a half years after Black Friday, Ray Bitar reappeared in the news this week. The title of the BBC article reporting the incident started with “Full Tilt Poker scam,” and the report went on to describe £9.5 million that was laundered by Bitar through the island of Guernsey and then returned to the United States.

When the repayment process for former Full Tilt Poker players finished processing claims in 2016 and early 2017, many in the poker community hoped it was the last they would hear about the online poker operator and its crimes, mismanagement, mistakes, indictments, and schemes. While some figures from the Full Tilt era keep reappearing – as in Chris Ferguson playing enough World Series of Poker tournaments in 2017 to become the Player of the Year – Bitar was not a name anyone expected to hear.

Yet here we are.

The US Department of Justice knew that Bitar hid money in various places around the world to avoid its seizure when he was convicted and sentenced. The problem seemed to be that he did a good job of hiding or laundering it through inconspicuous channels.

That led the US Department of Treasury to sign deals with several nations, including Guernsey, to help detect monies that were laundered or otherwise stored by or for offshore companies and targeted by criminals. In particular, the US and Guernsey signed an agreement in 2015 to share any found finances.

Guernsey did just that. They discovered £10.6 million (nearly $14.3 million) laundered through Guernsey, part of the Channel Islands in the English Channel and off the coast of France, of which £9.5 million was said to belong to Bitar. That total amount was shared with the US per the 2015 agreement, as the BBC reported the money related to Full Tilt Poker and another case.

Authorities in Guernsey seized bank accounts and financial records from 2012 to 2015 to help discover and seize the funds. The island’s attorney general, Megan Pullum QC, noted the dedication and persistence of her authorities as well as the value of cross-country partnerships.

When the Black Friday indictments were handed down and cases were prosecuted, Bitar emerged as the evilest of the villains. Bitar was the CEO of Full Tilt Poker and one of several company directors and defendants accused of fraud and money laundering in the Full Tilt “Ponzi scheme,” as labeled by the United States Department of Justice, but Bitar was widely believed to be the main person behind any intentional mismanagement of player funds.

I remember u saying the ultimate reason you didn't invest in Full Tilt was because they chose Ray Bitar to be CEO. Sometimes its that simple

Bitar eventually reached a deal with prosecutors in 2013 to plead guilty to unlawful internet gambling and conspiracy to commit bank fraud and wire fraud. He admitted to working with others to defraud online poker customers of Full Tilt by lying about the security of their funds, falsely stating that their money was segregated from operating money, all while accepting payments from those accounts. This plea deal was announced on April 15, 2013, exactly two years after the seizure of US-facing online poker sites.

Part of the plea deal was an agreement that Bitar would forfeit $40 million in cash and property. He was sentenced to time served and avoided more prison time due to a supposed heart condition that put him in desperate need of a heart transplant to survive.

Since that time, no one has been able to confirm a heart transplant or any type of deteriorating health as his attorneys claimed was inevitable.

Meanwhile, however, the US government continued to pursue leads regarding money that Bitar had hidden, laundered, or illegally maintained since his sentence, which led to the discovery of the money in Guernsey.

The many victims of the Full Tilt Poker crimes thought they no longer had to hear about Bitar, or even Full Tilt for that matter. While Ferguson and Lederer may appear at poker tournaments or cash games now and again, and Phil Ivey remains revered by poker fans around the world, the majority of FTP business had been completed and stored away in unpleasant memories. Even the repayment of Full Tilt funds by the Garden City Group wrapped most of its business in 2016 and made its final payments in 2017, leading the GCG to close the case on June 7, 2017.