Part 4: Lost and Found of Black Friday – Trust in Poker 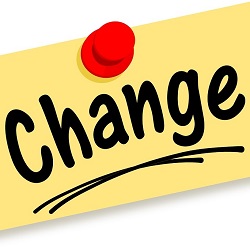 Part 4 – In this “Lost and Found” series, we look at some of the things that were lost because of Black Friday but also things that the community found. This article focuses on the trust issue.

From 2003 to 2006, online poker sites seemed to spring from every server in the world. Players could choose from large poker sites like PokerStars or any one that offered good promotions. There was little worry that money would be stuck in an online account or stolen by a rogue operator. The standard claims of “rigged” sites always floated through the online forums, but few people took them seriously.

The UltimateBet/Absolute Poker scandal was an exception, however. When players on Two Plus Two began reporting suspicious behavior in 2007, the graphs and backup data proved that there was a superuser viewing players’ hole cards and cheating at the tables. By the end of 2007, Absolute Poker admitted to a software glitch, and UB did the same in early 2008. While there was little accountability due to the lack of regulations in the United States or elsewhere, the self-policing poker community discovered and stopped the cheating. The situation made players more alert to suspicious activity online, but it didn’t create an abundance of paranoia. Most players continued to trust the majority of online poker sites without much concern.

Everyone in poker knows that Black Friday saw the downfall of Full Tilt, UltimateBet, and Absolute Poker, all of which left players without their funds for years, until PokerStars made them whole with the help of the claims administrator hired by the US Department of Justice. It was then that players truly began to see the importance of regulations.

The new era of online poker certainly has its negative points, with regulations separating player pools and outlawing the games in many countries around the world. However, in the places where online poker has been legalized and regulated by a governmental entity, players can be assured that their funds are safe and guaranteed by the regulators and governments that oversee the sites. It assures that situations like FTP, UB, AP, and even smaller scandals like the disappearance of Lock Poker, will not happen under regulatory watch.

During much of the 2000s, poker media outlets were plentiful. There were multitudes of blogs and sites that offered unique perspectives on the happenings of the poker industry. And many of those sites were able to stay in business because of the number of poker sites that advertised on them, as well as the affiliate possibilities.

In the example of the 2007-2008 UB/AP scandal, there were many voices weighing in on the situation, offering opinions and pushing the owners of the sites for statements and actions. While some sites hesitated to report on the scandal until the sites admitted the problems, mostly out of fear of losing advertising revenue, there were enough members of the media willing to tell the story.

Black Friday resulted in many poker media magazines and websites closing their doors. Bluff Magazine was one of the most prominent casualties of the loss of online poker advertising money, while others like CardPlayer downsized tremendously. CardPlayer did remain in the news business, but PokerNews remained the dominant news site for much of the poker community. Pokerfuse gained ground for responsible reporting, but sites like Pokerfuse and Gambling Compliance kept many of their important stories behind paywalls, which left PokerNews as the preeminent site for free poker news.

Online Poker Report and sister sites like US Poker practiced serious journalism around the area of regulated online poker, and Flushdraw continued to explore scandals and the not-so-pleasant side of online poker that others often did not cover.

When rumors that PokerNews was owned by PokerStars recently became substantiated as fact, it explained why some news seemed filtered on the site. However, it remains the main source of news for the live and online poker communities. Is it a bastion of unbiased and fair reporting? Not always. But that leaves the poker community in charge of holding PokerNews and others responsible for not only telling the stories but doing so honestly and representing all sides of a story.

The poker community is largely responsible for the future of poker journalism and how the industry handles the changes it continues to experience. The players and fans will determine the accountability of the operators, affiliates, media, and service providers. As the new era continues to form and develop, so does every aspect of the poker industry.