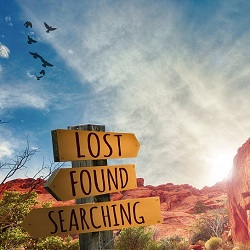 Before the United States passed the Unlawful Internet Gambling Enforcement Act in 2006, the poker boom was in full swing. New online poker sites were appearing on the virtual landscape on a consistent basis, and many found poker pros or other influential personalities to advertise for them. Doyle Brunson and Daniel Negreanu had online poker sites, and even model and actress Pamela Anderson launched Pamela Poker on Brunson’s poker network.

While many of the sites were accountable to no true regulatory entity, the sheer number of them kept them somewhat competitive, as they needed to offer stellar promotions or perks in order to distinguish themselves from the crowd of sites. Players could move from site to site for excellent deposit bonuses and garner VIP-type program bonuses where possible. It was a player’s market.

However, most of those sites were forced out of the US market when the UIGEA passed, and the rest departed soon after. When PokerStars, Full Tilt, UltimateBet, and Absolute Poker came under siege by the US government in 2011, the market was closed for all intents and purposes. A few offshore-based sites remained open to American players, but the time for online sites to make easy money was over.

Only the strong survived. After Black Friday, PokerStars was the only site of the four major online poker sites to settle nicely with the US Department of Justice. Not only did PokerStars pay millions of dollars to the government, it bought Full Tilt and repaid its players as well. Eventually, PokerStars money was used to repay victims of UltimateBet and Absolute Poker, and the site even paid players left reeling from the abrupt closure of PKR in the non-US market.

PokerStars curried favor with many players around the world for doing more than necessary to remedy the Black Friday problems. While it was out of the US market until it recently obtained a license to operate solely in New Jersey, it continued dominate the rest-of-world market.

Meanwhile, PartyPoker and 888poker set themselves up to compete with PokerStars, and the years since Black Friday have witnessed a slow but steady rise for the two sites. Both entered the US market, with 888poker making the most headway as the only site currently offering online poker in Nevada, Delaware, and New Jersey. But both have made gains in the global market as well, with impressive lineups of live and online tournaments and diverse rosters of team pros.

Other sites have remained open to the US market. Bovada/Bodog made some changes in the past six years but remained competitive on the global and US stages, though the Winning Poker Network made the most of the opportunity to grab US players with its Americas Cardroom flagship site. Of course, there were failures like Lock Poker that closed without warning and scampered away with players’ funds, leaving no recourse for those players as they knew the sites were unlicensed in the US. But Bovada/Bodog and WPN continue to increase their offerings and fight for US players.

Another benefit to the numerous online poker sites available prior to 2006 was the plethora of online satellites to live events. The hottest ticket for several years during the poker boom was the WSOP Main Event, as sites of every size wanted to send players to the tournament donned with the site’s logo in the hopes of media mentions or a final table appearance. Sites awarded prize packages to the $10K buy-in event for months before the summer series, with some sites even paying for players’ flights, hotel accommodations, and other expenses during the trip to Las Vegas.

The European Poker Tour benefitted from satellites, as did the World Poker Tour and numerous smaller series that made connections with various sites to offer seats via their online sites.

Of course, the WSOP stopped many of those sites from awarding authorized packages in the years after the UIGEA passed, and by 2011, there were strict limitations on logos and even booths and advertisements during the WSOP.

After Black Friday, there were still online poker sites that could offer satellites into live events like the EPT and some others, but the live event coordinators had to change strategies to attract new players. Many offered more live satellites and side events to their live offerings, while some began to offer other incentives to attend, such as player parties and non-poker festivities.

The PokerStars Caribbean Adventure was a solid example of a downturn in attendance to its January Bahamas series after Black Friday, as many US players were no longer able to win satellites or even build enough of a bankroll to make the trip. The PCA struggled for several years to rebuild one of its most popular tournaments. They paid quite a bit of money to send celebrities and famous athletes to play, and they began offering more unique activities both on and off the tables.

In 2017, PokerStars attempted its biggest revival yet for the PCA in its advertisements for the 2018 games. The first step was to bring back the PCA name to replace the failed PokerStars Championship and Festival labels of 2017. The second step was to reinvigorate the prestige of the Main Event by pushing the buy-in back up to $10K.

Finally, though, PokerStars decided to make the $25K high-roller event into the PokerStars Players NLHE Championship. While it will still have a $25K buy-in, the company will now add $8 million to the prize pool to send 300 players to the event at no charge, as well as to pay their travel and hotel expenses in the form of Platinum Pass packages. In addition, PokerStars will be adding another $1 million to the top prize.