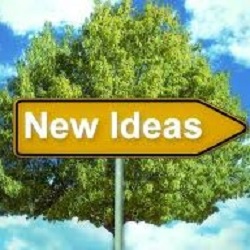 During the poker boom, the notion that poker was a game of skill became paramount for many reasons. One was that young players began to experiment with more than just pot odds and implied odds but with new levels of strategy that applied to online poker. Of course, the skill factor was also important in the fight for online poker legislation, especially in America, as lobbying groups like the Poker Players Alliance made arguments in court rooms and Congressional hearings about skill rather than chance dominating the game and differentiating it from other casino games.

The skill factor became more evident as young players studied the game and put their education to the test in live and online poker arenas. Regularly winning players demonstrated that study and focus improved their poker abilities. And the Mike Sexton motto from the World Poker Tour rang true through it all about the game that takes a minute to learn but a lifetime to master.

"The name of the game is no-limit Texas Hold Em, the game that takes a minute to learn but a lifetime to master". Mike Sexton

Some of the new generation of poker players spurred by the boom were entrepreneurs at heart, too. They took their ability to devise new strategies and analyze the game as no one had done before, and they created a new level of poker education. Poker training sites had been around since the time of Poker School Online (PSO) that launched around the year 2000 via PokerPages. But the players finding success after the poker boom built on that model while incorporating new strategies, video tutorials, and personalized training. All of this was done via the paid subscription model, wherein players could sign up for a monthly rate for access to poker training at their fingertips, all created by some of the best new players in the game.

CardRunners was one of the sites, headed up by names like Taylor Caby, Brian Hastings, Brian Townsend, and Cole South. Deuces Cracked was the precursor to CardRunners with Caby as one of its founders, along with Jay Rosenkrantz and executive producer Vanessa Selbst. Phil Galfond put his name on Bluefire Poker, PokerSavvy Plus featured pros like Tony Dunst and Christian Harder, and Poker X Factor was headed up by the famous online poker backing team of Cliff Josephy and Eric Haber.

After Black Friday, when most players in America could no longer access enough online poker to continue playing professionally, many of the biggest training sites shut their virtual doors. Others like CardRunners continued offering services but scaled back and lowered prices.

The era of video poker training as a dominant learning tool was coming to an end, but entrepreneurs were searching intently for new opportunities.

What arose was the era of Twitch live streaming. One of the first players to utilize the service for online poker was Jason Somerville. He combined his engaging personality with the live streaming format to play some of the first legal online poker games in Nevada. Ultimate Poker launched in Nevada after online poker was legalized, and Somerville promoted the site via live streaming his online games. The stakes were lower than most online training sites in the past decade, but Somerville brought a level of entertainment to his streams to accompany the education that viewers received. His streams were so widely viewed and innovative that he was signed to PokerStars as a Team Pro despite living in the United States without direct access to PokerStars.

Players quickly tapped into Somerville’s business model and launched their own streams. Players like Jeff Gross and Jaime Staples garnered massive followings of players, who learned from the pros while enjoying their entertaining and engaging styles.

Forums like Twitch may not be moneymaking businesses as were poker training sites during the poker boom, but the new format showcased a broader range of skills and led to some benefits. Staples was another pro picked up by PokerStars, and others gained a loyal following that opened doors to other opportunities in the world of poker.

Poker training sites may not be as abundant as in past years, but smaller online poker markets have prompted some players to step up their creativity and entrepreneurial skills to make the most of the situations. As the new world of poker continues to blossom, players will find new and different kinds of access to poker education.