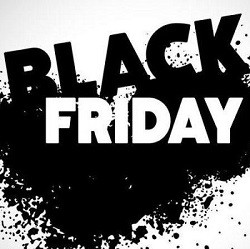 Part 1: In this “Lost and Found” series, we look at some of the things that were lost because of Black Friday but also things that the community found. Some aspects of the game disappeared, while others emerged or changed.

There was a time when the vast majority of high-stakes poker games were played online. There were big cash games on Full Tilt and ways to track favorite players and receive alerts when they sat at the virtual tables. If Tom Dwan, Phil Ivey, or Gus Hansen took a seat, players received alerts and word spread via online forums and social media like Twitter. Fans of the players and the game opened Full Tilt Poker on their computers and watched for hours as famous players battled for amounts of money that most viewers couldn’t comprehend.

Ironically, one of the most popular of those players, Phil Ivey, had an impressive winning session on April 14, 2011, at which point his online earnings neared $20 million. It was less than 24 hours before the US Department of Justice seized Full Tilt and other major online poker sites.

Those types of games often brought thousands of players and fans to the virtual rails to watch high-stakes poker at its finest. After Black Friday, however, those games mostly disappeared as many players lost access to their sponsorships and online poker funds. Eventually, some high-stakes games reemerged on PokerStars, but without American players allowed to play or watch, the games lost a lot of their excitement.

I plotted Ivey's two FTP accounts in one image with pre Black Friday winnings and post losses. Both are amazing. pic.twitter.com/5gHvKpr80v

Most players eventually found ways to retrieve their funds from the sites ousted from the US market, and others simply rebuilt their bankrolls at the live tables or via offshore online sites. High-stakes players needed their fix of action, so some took to the live poker rooms in Las Vegas to join games at poker rooms like Bellagio and Aria.

Poker fans had a hard time railing those games, even if they were in Vegas at the time, due to the private areas in the aforementioned poker rooms to shield the pros from the public. Many fans disappeared from the community as well, without the ability to garner any income or even entertainment from online poker in places like the United States.

Enter live streaming and PokerGO. As the Aria games attracted attention and the PokerGO poker-on-demand online shows gained popularity, poker fans could once again rail high-stakes online action with a PokerGO subscription. Games scheduled at certain times made it easier for fans to rail the games online, and big names like Negreanu and Esfandiari returned to the poker limelight as main attractions.

With the loss of online poker markets and the revenue contained within, television shows that had been quite popular like High Stakes Poker and NBC National Heads-Up Poker Championship disappeared. Not only were shows like Poker After Dark affiliated with Full Tilt Poker, which became a non-existent entity after Black Friday, but television networks were simply not willing to take chances on poker programming. And with names like PokerStars on patches at the same time that the US Department of Justice was pursuing serious federal charges against owners of said companies, there were no opportunities remaining.

I wish we still had Poker After Dark and High Stakes Poker. How great would new episodes be ?

Players in America and many other places around the world were left with World Series of Poker and World Poker Tour episodes, but high-stakes games with buy-ins of $20K or higher were generally off television for the tentative future.

That is not a typo. PokerGO took the opportunity to grow its successful online network and capitalize on familiar names. After successes with tournament streaming and player-focused programming, PokerGO decided to revive the Poker After Dark name and concept. Thus far, it has proven successful and even revived theme nights on the show, with PLOMG to showcase Omaha and Rumble with the Jungle for high-stakes buy-in action.

Live shows and scheduled high-stakes games are not replacements for the organic nature of the high-stakes online poker match-ups of pre-Black Friday nights. But the game has evolved over time and found a new way to bring astounding buy-ins and big-bet poker to the fans once again.