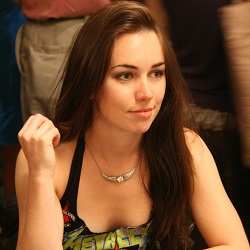 Most poker fans and players know Liv Boeree as an accomplished poker pro. She has been in the game for more than a decade, first recognized as the winner of the Ladbrokes Poker European Ladies Championship in 2008 but most well-known for her 2010 European Poker Tour Main Event victory at EPT San Remo for €1.25 million. She won her first World Series of Poker bracelet in 2017 with partner Igor Kurganov, and she continues to represent PokerStars as she has for many of her years in poker.

With live tournament earnings of nearly $3.8 million, in addition to numerous online poker successes, Boeree is a popular and respected poker pro. But most people know there’s much more to her story.

Two TED talks in 2018 give some insight into how Boeree’s mind works and how much people can learn from the famous British poker player.

There is no doubting Boeree’s passion for poker. But many who have followed her career also know that she was educated in physics, as she graduated from the University of Manchester with a First Class Honours degree in Physics with Astrophysics. Science is so much a part of Boeree’s world that she now calls herself a science communicator.

I deeply love physics, and am fascinated by the applications of scientific thinking to everyday life. My goal is to understand how we make better decisions in this uncertain world.

While side ventures like modeling have always come naturally to Boeree, she has also proven herself a gifted speaker. Whether speaking about altruistic giving, poker, probability, or business, Boeree has appeared as a guest speaker at altruism conferences, Google’s headquarters, and various universities, like Oxford.

It should be no surprise that Boeree would be an ideal guest at a TED Talk. TED stands for technology, entertainment, design, and what started as an annual conference in 1990 has broadened to a globally-popular and wide-ranging series of talks that live up to the “ideas worth spreading” slogan.

Her first appearance was a TEDx Talk in Manchester in February 2018. The topic was probabilities and how they can be used to improve people’s ability to make decisions in everyday life. Of course, her career as a poker pro is mentioned more than once, as the use of mathematics in poker decisions has taught her lessons – combined with her background in physics – that she uses throughout life.

“It is important to look at life through a probabilistic lens,” Boeree explained. “The world around us, kind of like a card game, is ultimately governed by the laws of chance and statistics.” She used multiple examples – mostly outside the world of poker – to illustrate that people can better manage the ups and downs of life if viewed through realistic probabilities. When that happens, she noted, “we’ll actually be better equipped to handle all the good and bad luck that life might throw at us. Because while we’ll never be certain which path our future will take, we can control the likelihoods of the paths that we want.”

Two months later, Boeree took to the stage at the official TED conference with lessons on making decisions that she garnered from her years in poker. She boiled it down to three essential lessons from poker that can be applied to everyday life.

The first lesson was finding a balance between skill and luck, realizing that no matter the level of skill applied, luck will play a role in many things that occur in life. The second did pertain to probability in that quantifying one’s thinking helps with planning and preparing for things, instead of using broad terms like probably or sometimes. Finally, the third lesson was to balance intuition with reality, as intuition shouldn’t be overvalued when data can better predict what life has in store.

As Boeree explained in her final meme example from her presentation, “The future is unknown, but you can damn well try to estimate it.”