Is There Legal Poker Now in Texas? 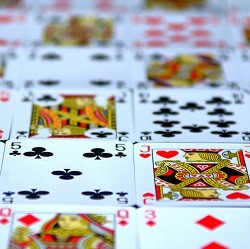 One of the greatest mysteries in the world of poker is the notion that Texas Hold’em – and any other kind of poker game – is illegal in the state of Texas. No matter the mainstream popularity of poker or the many reports showing the level of skill overrides luck in the game, Texas lawmakers have never legalized casinos or card rooms.

The state of Texas tends to be a conservative one, and the second largest state in America has been dominated by Republicans for several decades. A predominantly Republican legislature tends to lean toward old-fashioned and religious values that put poker in a gambling category as a vice and generally troublesome activity.

Poker players, however, are looking to change that. And if it has to be done through the normalization of social card clubs and court battles, so be it.

Despite the stereotype of cowboys sitting around poker tables in the backrooms of seedy establishments playing cards, Texas has been one of the slowest states to adopt any pro-gambling laws. And even into 2017, there are only a few legal gambling-related activities.

The lottery began in 1992, but pari-mutuel wagering had been legal since 1987 when voters passed a referendum to legalize it. Simulcast wagering then took hold a few years later, and there are numerous horse and greyhound tracks across the state. And there is one – only one – casino in Texas, operated by the Kickapoo Traditional Tribe of Texas. The Kickapoo Lucky Eagle Casino was one of three tribal-run casinos in Texas at one time, but the other two were closed in 2002. The Kickapoos continue to run their casino, which opened in 1996 and offers bingo, poker, blackjack, pull-tabs, and now slot machines. It has somehow escaped the legal challenges that closed its two competitors.

A Long Fight for Poker

Efforts to legalize land-based card rooms in Texas gained momentum in the aftermath of Chris Moneymaker’s 2003 World Series of Poker Main Event win. The poker boom put the game on television, online, and in casinos around the globe. Some players ran private games, but the number of armed robberies and police raids grew fast enough to discourage some of those events.

But no matter the motivation to legalize the game in Texas, there was never sufficient support in the legislature to push a bill forward. Senator Rodney Ellis of Houston did put forth bills in 2012 and 2013 to legalize casinos with poker games, but he never found enough co-sponsors to help with the push or even enough momentum to garner a hearing.

Ironically, US Representative Joe Barton of Texas was one of the legislators to introduce legislation on the federal level to legalize online poker in America. He proposed the Internet Poker Freedom Act in 2015 after failed attempts in 2011 and 2013, but that failed as well.

Since offering a poker game for money and collecting rake is illegal in Texas, others are opening poker rooms as private clubs. One of the most recent ones is the Post Oak Poker Club in Houston, which just opened in August 2017.

Join me this Friday 6-8p at the Post Oak Poker Club! ♠️♥️♦️♣️ Every detail is here ~> https://t.co/ZfqY5AcCbL pic.twitter.com/TAo9zEKUUU

The business model is similar to a country club, only the business is poker. Membership is required, and the company’s website offers “no commission tournaments and rake free cash games, spreading Texas Hold’em, Omaha, Stud and more.” The club then makes its money from memberships and seat rental fees instead of charging rake, thereby skirting the law.

Owner Daniel Kebort says he has a longer-term vision for such clubs, as he wants them to be respected and eventually regulated by the state via a licensing structure that will allow them to grow in number. He hopes to make the establishments into entertainment destinations with liquor licenses and poker options, and with a growing clientele, the stakes of the games can vary even more in the future as well.

Look for me on tonight's segment covering the new Post Oak Poker Club on @KPRC2 ! pic.twitter.com/mpRtzZT7RN

However, clubs such as Post Oak are already seeing pushback from city council members who are afraid of criminal elements, late-night activities, and other potentially seedy activities. But with Post Oak being as transparent and open about his business and the legality of it as possible, there is little that politicians can do at this point.

Could these kinds of clubs open lawmakers’ eyes to the desire for card clubs or possibly casinos in Texas? That will depend on how many legislators pay attention or how many citizens gather signatures to put it on the ballot in an upcoming election.