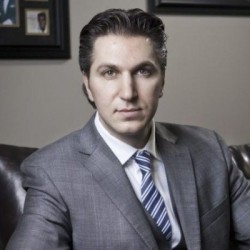 Baazov free of insider trading charges, due to technicality

The case was years in the making. The charges against David Baazov were so severe that he was forced to resign from the company he oversaw and grew through its acquisition of PokerStars. The Stars Group distanced itself from him and his business dealings in order to garner its coveted foothold in the new United States market. Baazov’s brother and close friend were also charged in the case from the Quebec securities regulator.

And then, two years after the initial charges of insider trading, the Quebec judge ordered all charges dropped against Baazov and his co-defendants.

The move was justified but not because of the innocence of the defendants. The case was dismissed because trial documents were mishandled.

It's sad for the alleged victims to see former Stars Group CEO David Baazov get off his charges on a technicality.

It all started with the Quebec securities regulator, AMF, launching an investigation of David Baazov in the summer of 2014. He was the President and CEO of Amaya, which had just acquired Rational Group, parent company of PokerStars.

Amaya’s stock prices surged in the days preceding the acquisition announcement, and the AMF took note. And by March 2016, the AMF filed 23 charges against Baazov and two others. The allegations against Baazov alone included “aiding with trades while in possession of privileged information, influencing or attempting to influence the market price of the securities of Amaya Inc., and communicating privileged information.”

Baazov and his co-defendants denied the charges, but it was difficult to overlook the $1.5 million that Baazov and his older brother alone profited from transactions.

By August 2016, Baazov decided to step away from the company. Several months of a paid leave of absence was starting to weigh on Amaya financially and otherwise, so he resigned.

From there, former Rational Group CEO Rafi Ashkenazi took over as the interim Amaya CEO, a position that eventually became permanent. And he has made positive impacts on the company that is now called the Stars Group.

While Baazov continue to proclaim his innocence, the judge in the case gave him no leeway throughout the process. In January 2018, the Quebec judge again refused to dismiss the case per the request of Baazov’s attorneys, but the start date for the trial was extended to an unspecified date. As AMF continued to present more documents and evidence, the defense claimed it needed more time to prepare, and it was granted.

Eventually, the trial was set to start in mid-April this year in the Court of Quebec, but it was postponed again due to another request for the dismissal of all charges. That request was due to AMF continually revealing new documents. Further, the legal team claimed a recent AMF interview with Baazov was not conducted properly. The judge refused those requests and claims, so the trial began.

Suddenly, last week, the trial was over. All charges against Baazov and the other defendants were stayed. While the AMF considers an appeal in the case, it is currently considered closed.

Judge Salvatore Mascia was the author of the surprise order. Though Baazov’s attorneys had requested stays on two previous occasions, the third one worked. Mascia’s decision came with a scolding of the Quebec regulator as well, according to CBC.

According to Baazov’s attorneys, they were given 32,000 privileged documents they were not supposed to see, all of them seized from companies throughout the investigation and a part of the information gathering process. The judge, however, said that though mistakes are inevitable in some situations, that instance of disclosing information on top of other errors was too much. “There are limits,” he said while delivering a two-hour-long decision. Mascia said the AMF showed a “lack of rigor” and “laxism.”

It remains to be seen if the AMF will appeal the case.

As for Baazov and his co-defendants, they released a simple message of gratitude: “We agree with the judge and are happy with the decision.”

Baazov’s next moves are unknown. He is unlikely to find any roles within Stars Group or associated companies, though it would not be surprising if he returned to the gaming industry in some way.

"We agree with the judge and are happy with the decision," Altman, Baazov and Adhoot said, adding they will have no further comment at this time. https://t.co/kk9AtFHA5Z