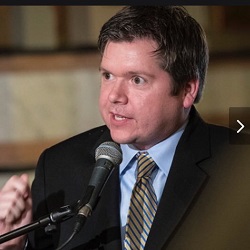 The state of Illinois took a more serious look at online gambling in 2017 than in years past. There were moments of surprise when the subject became a part of serious discussions, but it ultimately stalled without much progress. Now that a new year has begun, what is the status?

It is unequivocally a maybe.

Let’s look at what exactly happened in 2017 and why online gambling is such an uncertainty as 2018 gets underway.

There were bills introduced to both the House and Senate in 2017 to legalize and regulate online poker and casino games. The Senate bill (S.208) moved quickly and passed the full Senate in May by a 42-10 vote. The companion bill on the House side (H.479), however, failed to even make it through the House Executive Committee in June. Hearings were scheduled but cancelled.

When H.479 was brought up for possible discussions during the veto session in October, there was some hope that the bill could pass, but it didn’t make it onto the final agenda for debate. Therefore, the bill died.

Bills on the Table

It seems that H.479 is still a viable bill after being re-referred to the House Rules Committee in September of last year. It’s primary sponsor and champion, Illinois State Representative Michael Zalewski, mentioned at the time that there were going to be difficulties in pushing the bill this year but felt there would be a chance in the spring after “big ticket items” were handled.

The bigger picture for Illinois is one of gambling expansion, which may include online gambling as a way for land-based casinos to expand their revenue and customer base. It should be noted that H.479 also includes daily fantasy sports (DFS), which has more support than other forms of internet gambling.

Zalewski is confident. According to the State Journal-Register, “I think there’s enough critical mass and opportunity in the General Assembly to get something done.”

One of the reasons for the legislature to move this year, according to Zalewski, is the recent realization of legislators that these kinds of games and technology will be needed to compete with other states for gambling revenue. With the legalization of online gambling in Pennsylvania late last year to add to thriving markets like New Jersey, it is becoming imperative that Illinois must do the same.

Further, Illinois lawmakers like Representative Lou Lang are eyeing New Jersey’s sportsbetting case that is set to be decided by the US Supreme Court in the coming months. “If this is going to be a viable legal business,” Lang said, “we don’t want to be behind 30 other states who have legalized it.”

Lang suggested that there will be committee hearings in the first 2018 legislative session.

What Stands in the Way

The Commission on Government Forecasting and Accountability suggested that Illinois may be close to a saturation point with regard to gambling. It wasn’t the lottery, riverboat casinos, or horse racing endeavors that put it over the top, though; it was video gambling. But that saturation of gambling options delivered more than $1.3 billion in tax revenue in 2017, which is an 8% increase from the previous year.

Saturation becomes a moot point with regard to sportsbetting, however. It seems that states like Illinois will be happy to discuss sportsbetting opportunities while awaiting the US Supreme Court decision, but legislators don’t assign the same urgency to online poker and casino games.

Illinois legislators also may be willing to discuss other forms of gambling expansion, such as new casinos in Chicago and other areas of the state via a bill that passed the Senate in 2017. Racetracks are also seeking permission to offer slot machines at their establishments to increase revenue.

Some say a comprehensive bill that includes many sectors of the state in gambling expansion has a chance at passage in 2018, but others are not so confident. Illinois Casino Gaming Association President Tom Swoik does not expect any expansion legislation to pass this year, nor does horse racing lobbyist Steve Brubaker.

One of the big problems in 2018 is that it is a big election year, one that will see many legislators unwilling to support bills that might not be voter-friendly or that could be used against them in upcoming campaigns. The legislative sessions will also be shorter in 2018 due to primaries, campaigns, and the elections.

As the first session of 2018 kicks off, it will be interesting to see if online poker or any type of gambling expansion bills find their way into committee debates or floor votes early in the year.