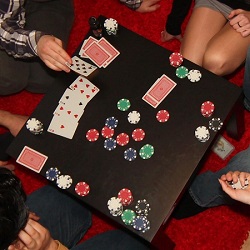 Pennsylvania has been considering online gaming for years. It is currently part of a broader piece of legislation to expand several forms of gambling in the state. While many legislators support online gaming, concerns abound when things like video gaming terminals enter the picture. Lawmakers have not yet been able to agree on the terminals, which means online gaming waits in the wings.

To this point, online poker and casino games were the subject of hearings, lobbying, and debates. Many lawmakers saw the benefits of online gaming in neighboring New Jersey, but others had to be made aware of the ever-increasing revenue for that state from the new industry, the efficiency of the regulator in preventing any underage gambling in four years and mastering geolocation, and the advantages of online gaming for land-based casinos.

Supporters of online gaming spent years refuting claims by the likes of Sheldon Adelson that problem gambling will be out of control, children will have unfettered access to gambling at home, and countless people will go broke. “Click your mouse and lose your house” was the mantra of Adelson and lobbyists for his anti-online gaming coalition.

But looking at New Jersey as an example of a positive and growing market, it is easy to see that none of those worries became realities.

Even Adelson’s greatest fear, that online gaming will cut into the profits of his land-based businesses, has been disproven in numerous markets around the world, including the three states in America with legal and regulated online gaming.

Meanwhile, players in states like Pennsylvania are still drawn to offshore sites that operate on the black market and endanger players’ funds and private information. In the absence of a regulated market, the sites that operate outside of any laws continue to thrive, putting customers in danger. In addition, jobs and revenue are left untouched as facts are ignored and fear-mongering rhetoric distracts from what should be a simple and welcomed entry into a new industry.

As mentioned, the New Jersey Division of Gaming Enforcement has shown how a market can be efficiently and expertly regulated. But other forms of gambling continue to cross legal lines and challenge law enforcement on a regular basis. Recent incidents in Pennsylvania are prime examples of the much greater dangers that lurk in the brick-and-mortar gambling world than the ones that can be effectively controlled online with modern technology.

As online poker is on hold for discussions regarding video gaming terminals, Pennsylvania is already fighting a war on similar machines found in numerous establishments across the state. State Senator Chuck McIlhinney claims that tens of thousands of businesses are harboring illegal slot machines. In a recent committee hearing, McIlhinney urged his fellow legislators to push for aggressive enforcement of current laws and passage of new laws that will reduce such violations.

According to the Bureau of Liquor Enforcement, approximately 650 machines have been seized since 2011, with 386 of those in 2017 alone. State Police Major Scott Miller said a recent tracking of machines found that 42% of licensed establishments had at least one illegal gambling machine, and a total of 771 machines were flagged as potentially illegal.

In the latest in a series of regular occurrences, the Pennsylvania Gaming Control Board issued fines for a variety of issues, including underage gambling and not properly handling a self-excluded individual.

The latest fines totaled $77,500 and went to three casinos. Rivers Casino in Pittsburg violated the self-exclusion regulations and held poker tournaments that had not been approved by the PGCB, which resulted in $42,500 in fines. Mohegan Sun at Pocono Downs was fined $25,000 for a procedural violation, and SugarHouse Casino was issued a $10,000 fine for failing to prevent an underage person from accessing the gambling floor.

Valley Forge Casino was cited and fined for a self-exclusion violation in September, and several months prior, Parx Casino was fined $35,000 for allowing two 20-year-olds to gamble at table games and slot machines.

Numerous violations are reported each year, some of which are charged to Adelson’s own Sands Bethlehem casino in Pennsylvania.