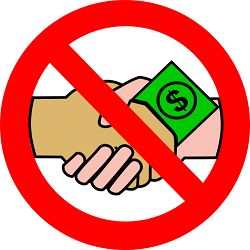 A group of poker players has grown increasingly frustrated with changes at PokerStars. Mostly high-stakes, high-volume pro and semi-pro players have expressed their anger and disappointment in many ways over the past several years.

Since the fall of Full Tilt Poker, PokerStars has been the online poker operator of choice for most of these players, with a range of cash games and high buy-in tournaments that provided solid action. But the past several years have seen moves by PokerStars that have frustrated them, starting with the eradication of the Supernova Elite VIP rewards program and continuing with fewer incentives and higher rake.

Players have tried protests before but put a good deal of effort into the latest one. A group of approximately 200 players were going to skip the $5,200 buy-in Progressive Knockout tournament in the Turbo Series, one that carried a $750K guarantee.

They did. But enough other players stepped in to clear the guarantee and allow the boycott to fail. But it may not be the end of the story.

A player called “girafganger7” took charge of the group of frustrated poker pros and penned an article on Medium to detail the protest. The piece also stood as a sort of open letter to PokerStars.

“The time to make a stand was probably a long time ago,” he/she wrote. “We, the MTT community, believe to have a bit more leverage because we can make or break the guarantees and divert action from one site to a competitor, if need be, more effectively.”

He/she pointed out that PokerStars once had a tremendous impact on his life and those of other pros, enabling them to live the dream of making a living as an online poker player. But changes in the past few years have made that more difficult.

The group of pros “want to get a dialogue going, both with PokerStars and the other sites” to discuss the following issues:

With that said, the players requested – or demanded – the following:

Though PokerStars was not specifically addressed in the article, and it is unclear if the pros delivered the letter directly to PokerStars, the piece ended with an ultimatum: “Looking forward to hearing from you and if that’s not the case, future actions will be considered.”

Oh, and I also reached out to their direct competitor and see if they could offer something similar. So now @partypoker is offering a 5k with half the rake (+actual rakeback) with a nonshit structure at exactly the same time with a 1million GTD. Is this how capitalism works???

PokerStars Wins the Round

The protest seemed as if it could hurt the tournament at which it was directed, but the results would be in the final numbers. And those numbers spoke clearly.

The success of the tournament despite the protest could have the result of stamping out the protest, with players putting their focus on transferring balances to other poker sites like PartyPoker and 888poker. Another result could be a reopening of talks between the pros and PokerStars executives.

What is known is that the list of pros in support of the PokerStars protest includes some important and influential players in the game, ones who have the potential to impact high-stakes poker online and in live events going forward. The list includes top-ranked online players like “lena900,” “C Darwin2,” and:

https://t.co/DI2WW4OEKS
This is the list of players who are boycotting the 5k.

In a tweet, “girafganger7” noted that this weekend’s protest was the first. It will be interesting to see if other players join and the group adds weekly events to its boycott.

Other online poker sites may also step up to engage with those players. PartyPoker has been consistently improving its offerings to attract more high-stakes and high-volume players, most recently instituting a new Diamond Club Elite tier onto its existing rewards program. This may be the opportunity PartyPoker has been seeking to attract and keep those pros.

It also remains to be seen if PokerStars will reach out to the protesting players to open discussions.