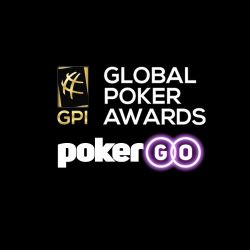 The Second Annual Global Poker Awards are scheduled for March 6, 2020.

This was announced a little more than one month ago as a way to honor the poker players, events, reporting and industry contributions from 2019. This follows the first official Global Poker Awards that took place in April 2019 with respect to 2018.

The 2020 ceremony is set to take place on March 6 at the PokerGO Studio at ARIA on the Las Vegas Strip, the same location as last year’s ceremony. It will be live-streamed on PokerGO.

Last year, the voting process to determine many of the Global Poker Awards winners was not very transparent. There was one award winner chosen by the public and two determined by GPI rankings, but most of the winners were selected by a jury. And there was no information provided about that jury.

For this new edition, the voting process was revamped. Per the announcement, “Gone are the days of nomination panel members voting in each and every category and a small jury panel determining the winners; the new process will seek more expert voters in each individual voting category.”

The process will be as follows:

–Every category will have its own voting panel.

–GPI team will vet voters in each category.

–Members will be announced in the days following the ceremony.

–GPI team will develop lists of candidates in every category.

–Voting panel members will contribute to the development of those lists.

–GPI team will vet the lists.

–Voting panel members will select five candidates from the preliminary lists for the official ballot.

–Members are prohibited from voting for themselves but can select two of five candidates with or for whom they work.

–The total number of ballots submitted will be divided by five to determine the number of necessary votes for the final ballot.

–Candidates receiving the magic number or more of votes is placed on the final official ballot.

–A minimum of eight candidates must be on the ballot in each category.

–Voting ballots will be sent to respective voting panel members with enough time allotted to research the list of candidates.

–Voters will select three candidates in each category and rank them in first, second, and third.

–Fans will be allowed to vote in each eligible voting category, with points being awarded to the choice with the most votes (five), second-most votes (three), and third-most votes (one).

–Panel members cannot place a candidate in first place with or for whom they work.

–GPI team will tabulate all scores.

–Final four in each category will be revealed to the public in January.

–Winners will be announced on the night of the awards ceremony.

–Scores will be revealed in the days following the ceremony.

The @gpi GLOBAL POKER AWARDS have announced their new and improved voting system. It’s elaborate and forensic. It retains a jury aspect, it adds an expert in each category layer and it incorporates a public voice so I assume those snubbed will say it’s rigged.

The new Poker ICON Award will replace the Lifetime Achievement Award, which was awarded to Doyle Brunson last year. In addition, the GPI Award of Merit will replace the Jury Prize, which went to Drew Amato last year. This year, the award winner will be selected by the GPI team, a person or organization to be celebrated for their contributions to poker in 2019.

Returning in their original form to the honors will be:

New awards on the list this year will be:

–People’s Choice for Hand of the Year

🌐♣️🏆 Dear Poker Media, Industry and Fans: Poker Media Content of the Year will have 3 Awards this year: Written, Photo, Video.
📩 Please send your 2019 top picks or your own best work to awards@mediarex.com or DM us with a link + category. Thank you! #GlobalPokerAwards pic.twitter.com/ubHAIUTfDr