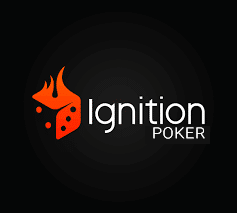 The gold standard of online poker tournaments at Ignition Poker is underway. The Golden Spade Poker Open, otherwise known as the GSPO, kicked off on October 19 but offers nearly three more weeks of poker action leading up to the Main Event.

This year, Ignition Poker is offering the largest GSPO to date.

The entire series runs from October 19 to November 18, complete with 140 online poker tournaments and more than $5 million in prize pool guarantees.

All of it will eventually lead up to the Main Event…and a Mini Main Event. These are scheduled for Sunday, November 17, as follows:

As always, there are many ways to qualify to play the GSPO Main Event without paying the full buy-in. This year, Ignition Poker laid out four paths to entry besides buying in directly.

#GSPO is back at it again with over $5 Million on the line. ♠♠♠
Start qualifying: https://t.co/3YLw9Evook pic.twitter.com/fMq443xO0M

First, players can choose the Grinder’s Path, the most cost-effective one of the four. The $25 satellites play daily at 22:37 ET. Satellites into these satellites are as cheap as $4.00 and play four times daily.

Second, the Sit & Go Path is one that offers six-player SNGs daily at a cost of $75. However, there are three daily satellites into those SNGs, which cost only $7 each.

Third, the High Roller’s Path is the one with $50 buy-ins. These qualifiers three times per day, with satellites into them for $7 and running once per day.

Finally, the Direct Satellites to the GSPO Main Event cost $75. There are four daily set for November 16 and 17 with one seat guaranteed in each. There is a massive turbo satellite on November 17 for $75, but it will guarantee 10 Main Event seats.

There will be Last Chance Qualifiers running on November 17. The buy-ins will range from $40 to $75, and each will guarantee between one and three Main Event seats.

The 2019 Golden Spade Poker Open is the largest thus far. The growth of the series has been consistent and happened in coordination with player demands.

The Golden Spade Poker Open may be underway, but the schedule offers something for every type of player at various buy-in levels. And the series is available on mobile, too.

Most events also offer satellites, with seats available for as low as $1.

To get in on the action today, sign up through our welcome bonus offer to receive a 100% bonus for deposits of up to $2,000.