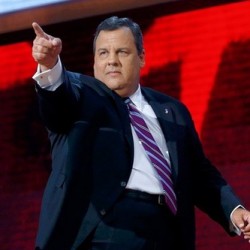 Gamblers across America anxiously await a decision from the highest court in the land. The United States Supreme Court may not render a decision until the spring of 2018, but New Jersey made its case earlier this month to the nine justices in the hopes of winning the right to legalize and offer sports betting. The precedent will affect every state in the country, even Nevada, which has long embraced the bulk of the market in its casinos.

While the decision will not directly affect online poker or casino games, much less live poker, it is important to the larger gambling community. Tenets expressed within the majority opinion have the ability to not only open states to sports betting, but many may choose to combine that type of wagering online with other games. Any momentum toward online gambling, whether with regard to online lottery ticket sales, daily fantasy sports, or sports betting, has the potential to open minds and markets to gambling on a larger scale.

It Started in New Jersey

New Jersey’s Atlantic City has long played second fiddle to Las Vegas in Nevada as a gambling haven. Of course, some of the competition between the two cities was clearly and simply outdone by Las Vegas, Atlantic City had a tougher time when it came to some rights to offer various types of gambling, specifically sports betting.

PASPA, the Professional and Amateur Sports Protection Act of 1992, regulates sports betting in the United States as it pertained to states’ rights. After holding hearings on the subject in the previous year and listening to concerns from representatives of national sports leagues, Congress passed PASPA. It essentially banned most states from legalizing and regulating sports betting, with Nevada as the primary exception. Oregon, Delaware, and Montana were allowed to conduct sports lotteries.

There was a period of time given to New Jersey to pass a law specifically allowing sports betting. PASPA allowed one year of that opportunity for any state that had offered licensed gambling in casinos for at least ten years. New Jersey fell into that category and had time to consider legislation but passed none, and it was therefore shut out of the PASPA exemptions.

Finally, in 2011, the subject of sports betting was put before the voters of New Jersey, and they approved a constitutional amendment to open a sports betting market. The state legislature followed that vote with a 2012 law, the Sports Wagering Act, to officially legalize sports betting at New Jersey’s casinos, racinos, and racetracks.

When major sports leagues in America realized what New Jersey did, a group of them banded together with the NCAA (National Collegiate Athletic Association) to sue New Jersey Governor Chris Christie and the Division of Gaming Enforcement for violating PASPA. The US District Court sided with the leagues, as did the US Court of Appeals in 2016. New Jersey then appealed again, and on June 27, 2017, the US Supreme Court agreed to hear the case.

Briefs were filed in months that followed, and oral arguments in Christie v. NCAA were delivered on December 4, 2017.

Overall, reporters who heard the arguments felt the judges may favor New Jersey, though that was merely an impression construed from questions the justices asked the attorneys.

Looks like a win Senator! I am predicting 6-3. All men voting, "yes, we want sports betting" – and all women voting "no way!"

Several key issues are at stake with the Christie v. NCAA case, including the Commerce Clause, but the Tenth Amendment seems to be the primary focus. States’ rights have long been at the heart of many issues in the United States, including gambling rights. The Associated Press summed it up several months ago as: Does a federal statute that prohibits modification or repeal of state-law prohibitions on private conduct impermissibly usurp the regulatory power of the states?

First take: The justices (at least a majority) were uncomfortable with a federal law that goes out of its way to say what a state can’t do, while setting up no regulatory system of its own. #SCOTUS

If the Supreme Court rules in favor of Governor Christie and New Jersey, the ruling may be cited in other cases, including gambling if the current heads of the US Department of Justice choose reverse the 2011 Wire Act decision and rescind the rights of states to allow online lotteries, poker, casino games, and daily fantasy sports. The upcoming 2018 ruling could help states regain their rights to legalize online gambling if it is taken away in the meantime.

A favorable ruling could also be used to stop efforts of casino billionaire Sheldon Adelson and his benefactors from pursuing the Restoration of America’s Wire Act legislation in Congress. Numerous members of the House and Senate have previously tried to push for RAWA-type legislation or slide similar language into must-pass bills in order to stop online gambling. But a US Supreme Court decision on the side of New Jersey could make RAWA even more daunting a bill to pass.

New Jersey has much to gain or lose in the legal fight. Other states – Nevada, Pennsylvania, and Delaware – have online gambling revenue at stake as well. Even more states have bills under consideration to legalize some form of internet gambling, whether online poker and casino games, lottery sales, or daily fantasy sports. And many of them are interested in offering sports betting if given the chance.

In the larger sense, states want to ensure that their ability to regulate such matters remains in their hands. The unraveling of PASPA would give states the confidence that their rights are not being unduly usurped.

Several months of waiting lie ahead for the millions with an interest in the case. Until then, there is no way to accurately predict the outcome.