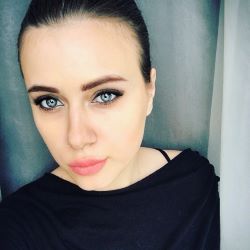 Liliya Novikova was only 26 years old but had already accomplished a great deal in the world of poker. The Russian player had spent time as a member of Team Online for PokerStars several years ago, and she was a popular Twitch Poker streamer.

Russian media reported earlier this week that Novikova died in her bathroom at home as a result of an accidental electrocution.

The unexpected and tragic death has elicited condolence messages across the online poker community from PokerStars, fellow poker players, and members of Twitch groups.

Sputnik News was one of the first Russian media outlets to report the news of Novikova’s death.

The called her a cyber athlete and pro poker player who had graduated from Moscow Bauman State Technical University with a degree in engineering. She was a member of a cyber sports team in addition to being a poker pro.

Novikova was found dead at her Moscow apartment on June 12 by an elderly neighbor who checked on her. Her parents had become worried when she didn’t answer calls from them. The neighbor found her naked in the bathroom with no signs of violence or foul play, leading medical professionals to believe her deal was accidental.

The BBC reported the story as well, noting that the electrocution took place in her bathroom. She had suffered a fatal electric shock while using her hair dryer. Russia’s Investigative Committee (SK) confirmed that her accidental death was due to electrocution.

CNN confirmed this, reporting that a source told TASS, “During the initial examination, traces of an electrical injury were found on the victim’s body.”

Our condolences to the family and friends of Liliya “Liay5” Novikova, who tragically passed away earlier this week. Poker has lost a bright star who will be missed greatly. RIP. pic.twitter.com/ReWWtTOMVa

The poker community may remember Novikova best from her time as a PokerStars Team Online member, where she played as Liay5. She had been signed by the poker site after achieving Supernova status online and displaying a knack for social media savvy and poker prowess.

PokerStars signed her in March 2015, noting that her specialty was hyper-turbo six-max SNGs. She was the third Russian with a sponsorship at that time, as the site also counted Ivan Demidov and Mikhail Shalamov as team members. Shalamov continues on the online team to this day, alongside Team Pro Igor Kurganov.

Of late, Novikova played a great deal live and online via PartyPoker, though it doesn’t appear that she had a sponsorship with the site.

Her most significant following was on Twitch, where she livestreamed her games to nearly 25,000 followers. She had more than 100 videos posted at the time of her death. She was also popular for gaming, sports, and modeling photos on Instagram for nearly 17,000 followers.

Novikova was survived by her parents, at least one dog, and numerous friends and fans around the world.

Poker pro and Team PokerStars Pro Lex Veldhuis called her a “good influence on the poker/twitch community through her hard work and efforts.” He added, “I’ve always admired all the many different things she did. What a tragic loss, and so young.”

Fellow Team PokerStars Pro Liv Boeree called the news “utterly heartbreaking.” She also tweeted, “She was such a sweet, beautiful and talented girl who worked so hard to promote the game.”