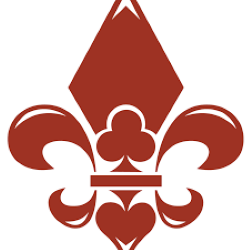 GulfCoastPoker.net has been in the business of sharing regional poker information for more than a decade. It is a hub for information about poker tournaments, players, and news with a specific focus on the Gulf Coast area of the United States.

Two men who go by the names Gene D and Wild Bill created the website during the poker boom and continue to provide a medium for information. They link to poker blogs – yes, there are still some of those! – and columns that range from strategy to poker-related experiences and opinions.

For the first time, they are hosting the Gulf Coast Poker Awards.

They want to recognize and honor players and industry members from the area who have contributed to the Gulf Coast poker scene over the past 12 months.

And the Nominees Are…

The organizers of the inaugural Gulf Coast Poker Awards announced it and its nominees through an article on PokerNews.

The eligibility requirements for consideration were fairly broad, according to PokerNews. Nominees had to simply have a connection to the “extended Gulf Coast poker region, which includes the southeastern United States from eastern Texas, up to Arkansas, along Tennessee to North Carolina and everything south of that.”

Nominees had to have participated in poker action in that region within the past 12 months or contributed to the poker scene in some way.

It seems that nominees were submitted by some members of the poker media, some players, and some industry professionals, but the process and details are unclear.

The categories and nominees are as follows:

Player of the Year

Breakout Player of the Year

Senior of the Year

Female Player of the Year

Cash Game Player of the Year

Industry Person of the Year

The awards will be a part of the upcoming Poker Gras tournament series scheduled for November at Harrah’s New Orleans.

The series begins on November 7 with a multi-flight reentry No Limit Hold’em “Monster Stack” tournament. It will offer a $25K prize pool guarantee for a $300 buy-in.

Other events will offer a variety of formats, such as turbo, tag team, heads-up, and bounties, but all eight events will be of the NLHE variety.

The series will culminate in the $600 buy-in NLHE Main Event with reentries, four starting flights, and a $100K guarantee.

On Flight B of that Main Event (Event #7 on the schedule), which starts at 11am, the hosts will announce the winners of the Gulf Coast Poker Awards.