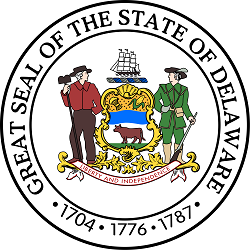 Online poker has discovered a tough road in the new United States market. While online gaming as a whole in New Jersey has experienced significant growth, the game continues to struggle to find its base, much less a consistent flow of new customers. Delaware is no different. In fact, the small state exemplifies the difficulties that poker faces in online marketplaces  in America today.

The Delaware Lottery, which regulates and oversees the online gambling market in the state, provides monthly net proceeds for the three facilities that offer online poker and casino games – Delaware Park, Dover Downs, and Harrington Raceway. Delaware Park typically shows more than 50% of the overall online poker revenue, with Dover Downs providing close to half of those numbers and Harrington bringing in a small percentage.

Thus far in 2017, Delaware’s online poker numbers show a fair amount of stability from the first to third quarters with only a slight decrease from the beginning of the year.

Delaware continues to demonstrate how not to run a regulated poker network. The three skins raked just $15,117 last month. That's a record low and down 42% over last year.

The annual numbers tell the same story, going back to the launch of the industry. After an initial few months in 2013, the sites began to find a stride in 2014, so the numbers begin there.

To show the significant 2017 decrease in another way, since 2017 is not yet complete, it’s important to look at year-to-date results through the third quarter of each year.

Why the Significant 2017 Decrease?

Let’s first step back to the beginning. When sites first launched in Delaware, the game was only regulated in that state and Nevada, and players had been without regulated, safe options since Black Friday in 2011. When the industry jumped back to life in 2013 and 2014, players were excited and anxious to play. Thus, Delaware’s first year was impressive for a state with such a small population.

The numbers began to level off in late 2014 and early 2015, but many thought the launch of the interstate poker network between Nevada and Delaware would provide a jump. While there was a reasonable increase in the second quarter of 2015 after liquidity began in March, the last two quarters of that year dipped. Poker revenue stayed much the same then through 2016 until another notable drop in 2017.

Nothing changed for the Delaware sites in 2017. There is little explanation for the decrease except the most obvious guesses, such as a lack of promotions to attract new players, a lack of sufficient liquidity to keep current players, and little inspiration for players to enter the world of online poker for more than a quick game or brief experience.

The downswing in Delaware coincides with a similarly notable yet not as severe downswing in the New Jersey online poker market. The market clearly became stagnant.

Promising Future for 2018 and Beyond

The recent signing of the interstate online poker liquidity agreement with New Jersey will help both Delaware and Nevada improve their traffic. And with Pennsylvania launching its online poker sites in 2018 and likely joining the interstate network, this will improve overall results greatly as well.

Delaware has likely hits its low point. As players become aware of the upcoming liquidity, they will be more likely to give the sites more than a passing glance. Depending upon the amount of marketing and advertising by the sites in each participating state, there is great potential for players to see larger tournaments and more cash games. And the states will benefit with more revenue, likely to start showing up in the results of late 2018 and moving forward.