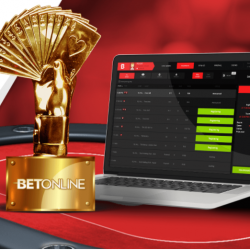 During the coronavirus pandemic of 2020, many US-based poker players sought more options for online poker at sites like BetOnline.ag and SportsBetting.ag. The two sites share online poker tables and provide a comfortable space for micro-stakes and small-stakes players.

As 2021 got underway, the pandemic made clear that it wasn’t disappearing any time soon. Many lockdown situations only tightened as Covid-19 spread like wildfire across America…and around the world. Live poker rooms seem to be trying their best to open – or remain open – in some limited capacity, but many players are still not prepared to risk their lives to play.

BetOnline responded to the situation and to requests by its throngs of new players with a new tournament schedule and promotions that include special edition Windfall SNGs.

Beginning on January 4, 2021, players at BetOnline have more tournament options than ever. Not only did the site add more than 100 tournaments to the weekly lineup, it added tournaments with $1.8 million more guaranteed…in January alone.

The breakdown of weekly and daily tournaments is as follows, with all times as ET and all tournaments No Limit Hold’em unless otherwise specified.

There are also daily lineups for rebuy fans and progressive knockout (PKO) players who like the bounty feature. Occasionally, BetOnline also offers phased tournaments, which offer multiple starting days over the course of a week and big guarantees.

Note that there is also a “tournament requests” page on the website, so players can let BetOnline know what they’d like to see and play.

The Windfall sit & go is BetOnline’s version of a fast-fold short-handed poker game. The games start with three players in a hyper-turbo format. Buy-ins range from $3 to $30, and prize pools are random but can climb as high as 100,000x the buy-in. The prize multiplier appears when players are seated and prepared to play.

The multipliers produce the following prize pools, in order of most to least frequent, for the Windfall Special Edition games:

Players must opt in to leaderboards to participate, but then, participation in cash games automatically calculates points to award prizes.

BetOnline is awarding $40K in leaderboard prizes, with $10K per week in January alone.

Who doesn’t love a freeroll? BetOnline is now offering up Survivor Freerolls every Sunday through January.

To enter, players must opt in for daily challenges. They have to survive each challenge through the week – Monday through Saturday – to earn a seat in the Survivor Freeroll on that Sunday at 1pm ET.

As the weeks progress, so do the challenges but also the free prize pools:

(Pssst. We do offer a lucrative welcome bonus for BetOnline.)