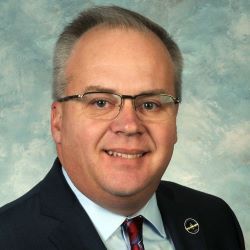 With every month that goes by, it looks more and more like Kentucky could very well be the next state to legalize online poker.

The movement toward this goal started back in 2018 and gained ground in 2019 as now-Governor Andy Beshear campaigned for and won the governorship. He included online poker in his gambling expansion platform and pleas to lawmakers, and there has already been movement on that front in 2020.

From Beshear to Koenig

Beshear took up the issue of gambling expansion – casinos, sports betting, online poker – in late 2018 when he served as Kentucky Attorney General. And he was successful in encouraging a bipartisan group of lawmakers to introduce a bill in 2019 to that effect, spearheaded by State Representative Adam Koenig.

That bill – HB.175 – did pass the House Licensing, Occupations and Administrative Committee in February 2019, but with the legislative session only running through March, time ran out to fully debate and push the bill forward.

In November, Beshear won his race to become the new governor of the state, and that prompted Koenig to take charge again.

Kentucky is ready to legalize online poker in 2020 & @repkoenig pre-filed a bill to get it done, along with sports betting and DFS. https://t.co/Qd2CSBcfuO pic.twitter.com/eBBEFchojp

Koenig’s pre-filed proposal turned into HB.137, which was formally introduced to the House of Representatives on January 7, 2020. It was then posted in the House Licensing, Occupations, and Administrative Committee the following day.

On January 15, the bill passed that committee unanimously and traveled on to the Rules Committee.

It was great to have a unanimous vote in committee. However we need everyone (not kidding, actually do it) to call 800-372-7181 and let their Representative and Senator know they #SupportHB137 https://t.co/lUZKHvMREw

As proposed by Koenig, HB.137 was a 79-page bill, “an act relating to wagering and making an appropriation therefor.”

It starts with the outlining of fantasy contests and moves on to sports betting before getting to online poker. Some key definitions included:

–“Online poker means any form of poker, including but not limited to Five Card Draw, Seven Card Stud, and Texas Hold’em, at locations removed from other players via the internet through the use of computers, smart phones, or other types of electronic devices. Online poker shall not include video lottery terminals or slot machines using electronic representations of cards in a game of chance in which skill does not play a part.”

–“Net poker revenue means the rake plus any entry fees or other fees charged to online poker players as a requirement to play in a game or series of games of online poker.”

The Kentucky Lottery Corporation will administer online poker and provide for the effective operation and promotion of the games.

The requirements for each online poker operator will include:

–Geolocation software will restrict players to those within the geographical confines of Kentucky.

–Age verification will ensure players are 18 or older.

–Security standards will minimize the risk of cyber theft or hacking.

–Accounting standards will ensure transparency and accountability of money.

Licenses will be issued to vendors who had not been convicted of any violation of the Unlawful Internet Gambling Enforcement Act (UIGEA) of 2006. Other licensing requirements include:

–A license will be valid for one year.

–Operators will pay 6.75% of net poker revenue as a gaming fee.

The bill also specifies that the awarding of an online poker license “shall not absolve any person of any liability which has or may be incurred due to litigation with the Commonwealth over internet poker domain names.” This refers to the case stemming from the 2008 seizure of online gambling domains like PokerStars by then-Governor Steve Beshear.

Oh, what a tangled web… but we digress.

Though the Kentucky Court of Appeals ruled for PokerStars in December 2018, the Commonwealth of Kentucky may not be finished with the case. If it does go to the Kentucky Supreme Court and the state wins the case, an online poker site like PokerStars could lose its license. The clause in the bill reads:

“Any person who has been issued a license under this section shall have the license suspended by the corporation if a final judgment is issued against the person for the improper use of internet domain names. The license suspension shall continue until all fines and fees assessed under the judgment are fully paid.”

There are four proposed amendments to the original bill, two of which were sponsored by Koenig. The amendments don’t change anything that seems unworkable. The only thing that stands out as a potential issue is the request to put online poker under the oversight of the Public Protection Cabinet instead of the Lottery Corporation.

The bill is a bipartisan one, now boasting of 38 sponsors, including Koenig.

The last action on the bill happened on January 23, so it remains in flux.

Seriously, we need everyone’s help to get this across the finish line. Hit the link below and let your Legislators know you #SupportHB137 https://t.co/d3t3aCfzxH

According to Bloomberg, Beshear’s 2020-2022 budget proposal released this week includes the pieces of HB.137 – fantasy sports, online poker, and sports betting. Beshear estimated that the three new forms of gambling in Kentucky would raise more than $37 million in taxes and fees in the next two years alone.

Kentucky House Speaker David Osborne says it will pass a version of the budget by the end of February. The final budget must be enacted before the legislative session ends in mid-April.

More information will emerge as the House examines the details of the governor’s budget proposal and lawmakers negotiate changes.