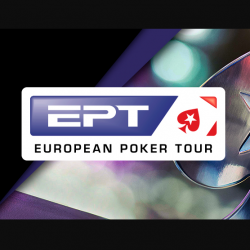 The European Poker Tour has been a staple on the world poker scene for more than a dozen years. Locations have changed throughout those years, and the number of players in the events has varied, but the EPT has been and remains a signature part of the PokerStars live tour offering.

This year, the EPT again held its season finale in Monaco, with the Sporting Monte-Carlo as the home for the EPT Grand Final. The 14th running of the series offered a variety of tournaments, but there were several that held highly-coveted titles.

Of course, there was the EPT Main Event, but there were also several major high roller tournaments.

Let’s get to the results.

The first large buy-in of the 2019 PokerStars EPT Monte Carlo produced these numbers:

Erik Seidel finished Day 1 with the chip lead, and Day 2 took nine players into the money after Philipp Gruissem busted on the bubble. Then, Pablo Melogno cashed, as did Thomas Muehloecker, Ole Schemion, leaving a six-handed final table with Charlie Carrel holding a massive lead over his competitors going into Day 3. He could not hold it, though, and Sylvain Loosli came from behind to win.

A near €200K payday for former WSOP finalist Sylvain Loosli as he wins Event 2: €10K NLHE at #EPTMonteCarlo. Read all about it: https://t.co/L2NKBToNpf pic.twitter.com/yCGDD2Oe0w

The largest of the buy-ins at this year’s series resulted in many of the usual high roller players in action:

Wiktor Malinowski held the first day’s chip lead, and he did make it through Day 2 with eight other players, but it was Daniel Dvoress holding the biggest stack. Sam Greenwood was in the top three and trying to repeat his 2018 win in this event. Day 3 saw Luc Greenwood ousted first and then Koray Aldemir out on the money bubble. Malinowski busted in seventh, and the official final table began with Greenwood in the lead. But Sergio Aido had the momentum on Day 3 and took it to victory.

On April 29, the €25K NLHE High Roller was on tap, and it was a single-day event with unlimited reentries. That delivered the following numbers:

Sergio Aido bubbled the tournament, leaving the payouts to be delivered to Tsugunari Toma, then Matthias Eibinger, Ole Schemion, Chan Wei Leong, and Ali Reza Fatehi. Charlie Carrel and Kazuhiko Yotsushika dominated much of the final-six action. But Sean Winter made a comeback, only to suffer elimination at the hands of winner Timothy Adams.

Congrats to @Tim0theeAdams on taking down the #EPTMonteCarlo €25K Single Day High Roller. The Canadian picked up €548,030 for the win.
Read about the victory here: https://t.co/Be6u7s4TEf pic.twitter.com/OmHrjYOlnH

Another single-day event offered a €50K buy-in to the high-stakes players in Monte Carlo, and the tournament had a good turnout:

By the dinner break, only nine players remained. A double-bustout hand then ousted Daniel Dvoress on the money bubble and Seth Davies as the first player paid. Michael Soyza then took seventh place as Michael Eibinger took a solid lead into play, and he struggled at the final table but still claimed the win in the end.

took merely a week after initiating my online presence to win my first trophy of 2019, I really wonder where this online social media stuff will take me ??
Nah, just kidding, truly thankful for this one and a really great experience with @PokerStarsLIVE at #EPTMonteCarlo ! pic.twitter.com/fMpnVkEEt6

Another €25K event took the spotlight, though this was not a single-day event as was the previous one. But this one drew more players to its slower structure:

Mike Watson jumped out to the lead on Day 1. After the dinner break on Day 2, the money bubble burst as Richard Yong exited in 21st place. Kristin Bicknell was the first to cash in the event, and others who followed included Erik Seidel, Sean Winter, Mohsin Charania, Luc Greenwood, and Watson in 13th place. Sergio Aido led the final nine players, and Day 3 saw Joao Vieiera, Daniel Dvoress, and Laurynas Levinskas out to leave only six. When Benjamin Pollak and Koray Aldemir finally made it to heads-up, the two agreed on a deal to each take home €665,840 but play for the trophy and an additional €50K. And it was Pollak who finished in the top spot.

One of the last tournaments on the EPT Monte Carlo schedule was a last €25K opportunity, and there were certainly enough players anxious to get into the May 3-4 event.

Of the 17 players who made it through Day 1, Adrian Mateos held the chip lead. But Mateos was the player who bubbled the money on Day 2. Richard Yong then busted in the money, and Joao Simao kept his chip lead going until heads-up play against Rainer Kempe. And it was Kempe who had the chip lead then and ended up with the win.

Congratulations to @GatsbyKempinho on winning the #EPTMonteCarlo €25K NLHE Unlimited Re-entry tournament. He defeated a high-class field to collect €400,850. pic.twitter.com/d2gIomXC4H