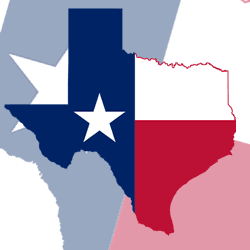 News in the online realm of the  gambling industry regarding billionaire casino mogul Sheldon Adelson typically revolves around his avid dislike of online gambling. The idea of online casino games has inspired him to spend tens of millions – at a minimum – of dollars to fight it from the highest levels of the United States government.

Recent rumblings about Adelson out of Texas were quite a change of pace. It seems one of the richest men in the world may want to legalize land-based casino gambling in Texas.

Money and Influence in Texas

Adelson is the kind of man who believes he can buy anything. In many cases, he can. He has shown that significant campaign donations to manipulable members of the United States Congress – ahem, Senator Lindsay Graham – are effective in pushing policy objectives.

While those like Graham have been largely unsuccessful in their Adelson-driven work regarding online gambling, they tried.

Recently, though, Adelson has been pouring donations into the Texas legislature. According to KXAN News, he and his wife donated approximately $4.5 million to election campaigns for House Republican candidates in the November 2020 race.

Further, Adelson hired eight “influential Austin lobbyists” to be prepared for the start of the new legislative session that begins in January. It seems that the lobbyists will push to legalize casino gambling in certain areas of Texas, mainly along the coasts.

Poker players have long bemoaned the fact that Texas Hold’em is not explicitly legal in the state of Texas. There are a variety of options for players, from membership-only card clubs to underground games, as well as traveling to surrounding states to play in numerous casinos along the Texas borders.

Texas State Representative Joe Deshotel, a Democrat, just introduced two pieces of legislation within the past month. It is unclear if these are the bills for which Adelson’s lobbyists will encourage support, but it could be a bipartisan effort.

First, HJR.26 is the proposal for a constitutional amendment to authorize casino gaming in “certain state coastal areas” and to authorize the Kickapoo Traditional Tribe of Texas to conduct casino gaming through a new gaming compact with the state. This amendment will also provide for occupational licensing and the determination of related fees and taxes.

The purpose of the move is to “provide additional money for residual windstorm insurance coverage and catastrophic flooding assistance” in the areas in which casinos will be constructed. Details include:

Essentially, this bill will amend Sections 47a and 47b to legalize casino gaming. Players will be able to compete at “games of chance that award prizes” and are operated by authorized gambling providers.

Second, Deshotel introduced HB.477, a bill that essentially echoes the basics of the related amendment but without the focus on tribal gaming. It would create Chapter 2005 of the Occupations Code under Title 13, to be defined as “Casino Gaming.”

This bill defines everything from games of chance “in which the outcome may be partially determined by skill or ability, that involves the making of a bet” to vendors and managers. It states that the Texas Lottery Commission will adopt all rules for casino gaming, administer the rules and procedures, and ensure the security of gaming operations. The Commission will also establish the details surrounding casino applications, licenses, and fees.

The details of licensing outlined in the bill include:

–Nine licenses to be allocated one to Galveston, one to Jefferson, one to Nueces, three in Bexar and Harris Counties, and one in each of the three first-tier or second-tier coastal counties (per the Texas Insurance Code) that already operate pari-mutuel wagering on horse or greyhound races

–Texas Lottery Commission must adopt initial rules that expire no later than May 1, 2022

There were about a half-dozen casino-related bills in the 2020 legislative session that failed to garner enough support to move forward. The story has repeated itself year after year.

Deshotel believes that 2021 may be a different story. “Now may be the best opportunity that casino gambling has had in quite a while.”

Not only will the tax revenue provide much-needed financial assistance to Texans in desperate need of funds to rebuild. Many people have yet to rebuild after Hurricane Harvey, the Category 4 storm that  caused tremendous damage (estimated to be at least $125 billion) in August 2017. Since then, Tropical Storm Imelda caused significant flooding in September 2019. And Hurricane Hanna hit South Texas as a Category 1 storm in July 2020.

Add a pandemic in 2020 to create even more of a financial deficit for the state of Texas. The new budget facing lawmakers in January will show a $4.6 billion shortfall.

Deshotel also pointed out, as he and others have in past years, that Texans do gamble. Many of them cross the state line and spend their entertainment money in neighboring states. “The issue is trying to cut the money leaving Texas in such large amounts that could be going into the coffers here and helping Texans who need help,” he said.

“Now it may be the best opportunity casino gambling has had for quite some time,” Deshotel told KXAN. pic.twitter.com/fi4bF3fVsU

Aren’t There Poker Rooms in Texas?

Yes, there sure are poker rooms in Texas. They simply can’t operate as traditional poker rooms because deriving a profit from poker – as a casino or poker room might do – is illegal in Texas.

Operators found their workaround years ago. They open private clubs requiring memberships. Players pay to belong to the club, and they can then participate in tournaments and cash games without paying rake. Some of the clubs also make money from charging seat rental fees.

Some law enforcement officials and lawmakers believe that the clubs are violating state laws. Sometimes, the police raid the clubs and arrest people. It rarely ends well, though.

Prior to the coronavirus pandemic, more than two dozen poker clubs operated across Texas. Since that time, many operators were not able to keep up with building rent and other expenses when businesses were forced to close or limit capacity per health official mandates. Some reopened in 2020, but it remains to be seen how many will weather the full storm to survive into 2021.

If Texas lawmakers actually move forward with casino legislation in early 2021, poker may not be relegated to legally-challenged establishments much longer.