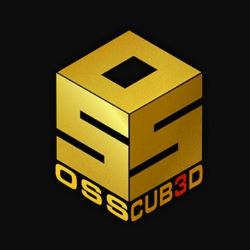 Many poker players in the United States remain without live poker. And for those who live near poker rooms that did reopen within the last month or two, many may not feel comfortable playing there due to Covid-19 dangers. This keeps many US poker players – especially those not located in Nevada, New Jersey, Delaware, and Pennsylvania – without state-regulated online poker options.

Americas Cardroom has been there throughout the coronavirus pandemic, providing an online poker alternative with massive tournaments, series, and a solid array of cash games.

As August got underway, ACR and the entire Winning Poker Network launched another edition of its signature Online Super Series Cub3d, a series consisting of three sections to cover players with buy-ins of all sizes. OSS kicked off on August 2 and will run through August 30, so there’s plenty of time to get in on the action.

The tenth iteration of the Online Super Series Cub3d could be one of the largest to date. The first one of 2020 ran from February 9 to March 8 with 220 tournaments and $13 million in guarantees. As US poker rooms began to close, Americas Cardroom and sister skins hosted a bonus OSS XL from March 18 to April 6, that one featuring 171 tournaments and $12 million in guaranteed prize pools.

There was yet another OSS in June with 150 tournaments in 15 days with $15 million guaranteed.

ACR also filled the last few months with other series, like the High Five, and the run-up to its special Venom tournament.

And now, the network is already into its OSS Cub3d X.

The $15 Million OSS Cub3d got underway yesterday with the Mini Online Super Series. It’s designed for small stakes players but has prize pools that still pack a punch! Check out the Featured Daily Event for this week.https://t.co/GAWIhzOTgz pic.twitter.com/i8N18HEdr1

It started on Sunday, August 2 and will run through Sunday, August 31. There are more than 220 events over the three parts of the series, complete with $15 million in guarantees.

They break down as follows:

The mini portion of the series, known as MOSS, kicks things off this week with buy-ins for micro- and small-stakes players. There are 83 tournaments on this schedule, culminating in the Main Event on Sunday, August 9:

This is the main portion of the series with the most wide-ranging options of buy-ins and poker variants. It begins on Monday, August 10 and offers two solid weeks of action. This section offers 134 tournaments, and its Main Event will be:

The final week of action will be for high-stakes players…and those who satellite in to compete…referred to as BOSS. This will close out the series with 51 events and a Main Event on the final day:

Simply scroll down on this ACR page to see the entirety of the three schedules.