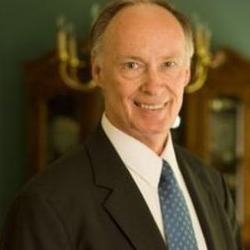 Three of Alabama’s gubernatorial candidates are running on pro-lottery gambling platforms against the incumbant, Robert Bentley. A state lottery was rejected by Alabama voters when it was on the ballot 15 years ago, so the decision of several candidates to run on the issue indicates a major shift in public opinion on the subject.

When Governor Robert Bentley ran for the office in 2010, he faced and defeated a pro-lotto candidate in Ron Sparks. Such a defeat may not be an indication of the voters’ stance on the gambling issue, since Sparks ran as a Democrat in a state known to lean towards Republican candidates.

Polls show growing support for an Alabama state lottery. Bentley’s potential opponents see the governor’s stance on the issue to be an opportunity. The incumbent candidate Governor Bentley will not run on the issue, saying such lawmaking is up to the legislature–not him. He says when the issue was on the ballot some 15 years ago, he voted against the referendum as a private citizen.

Stacy Lee George will run against Bentley in the Republican primary. Mr. George is the former Commissioner of Morgan County. He’s proposed a state lottery to raise funds for a number of programs, including a scholarship program. A retired software entrepreneur, Bob Starkey, also is opposing Bentley on the Republican ticket, but Starkey’s position on the lotto is more akin to Bentley’s.

Parker Griffith may be the Democrat’s candidate against the governor in the fall election. Parker Griffith was the U.S. Representative for Alabama’s 5th District from 2009 until 2011. Griffith has switched party allegiance several times the past few years, from Democrat to Independent to Republican. He’s already announced his attempt to secure the Democratic bid for governor, while announcing he would support a state lottery.

Kevin Bass of Fayette is vying for the role as the Democrat’s gubernatorial candidate, too. Kevin Bass was drafted by the Chicago Cubs organization in the 1998 MLB Draft. He spent five-plus years in the Cubs minor league, retired from the game to return to college, and then returned briefly to play in the Chicago White Sox organization in 2007. After leaving the White Sox, he formed two companies: Bass Gloves and later Bass Bats.

Bass believes his time spent as a businessman makes him a good candidate for office, because (in his opinion) most politicians have never had to learn how to make money. This is one of the reasons Kevin Bass supports a lottery bill, in order to create more revenue streams for the state government. Kevin Bass is no relation to the MLB player who played for 5 teams between 1982 and 1995.

The Politics of Gambling

All three candidates are banking on the state lottery issue to help them stand out from the crowd. The issue has been a thorny one in the past in Alabama. Don Siegelman, a Democrat from Mobile, ran on the lottery issue in 1998. Siegelman got the issue passed in the Alabama State Legislature, but it lost in a referendum vote in 1999. In the referendum election, out-of-state gambling interests which had assets in Alabama poured a lot of money into having the initiative defeated, in order to keep competition out of the state. Don Siegelman ran for reelection in 2002 on the same issue, but lost that election to Bob Riley by a narrow and disputed 3,000 vote margin due to a voting machine malfunction in Baldwin County. Earlier in the evening, the Associated Press had called the

Governor Bentley is running well ahead of all challengers in early polls regarding the Alabama governors race. According to published reports, he has several million dollars more to spend than any potential opponent. If the aura of invincibility remains, potential political donors are likely to shy away from his challengers, whatever their stance on the issues. Despite this, potential opponents on both sides of the aisle have decided the state lottery issue is a chance to make up ground in the polls.

When asked about his position on the issue for 2014, Governor Robert Bentley said he would not fight an amendment to institute a state lottery. He believes the Alabama State Legislature should make the decision–not the man in the governor’s office.