No Online Poker in Illinois This Year 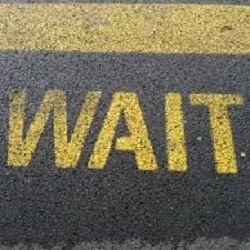 Illinois has been on and off the radar for online poker and gambling bills throughout 2017, popping into the news when least expected and then disappearing for another few months. The topic was put back on the table in mid-October in a surprise move, but nothing developed.

While the bad news is that Illinois will not follow Pennsylvania into legalized online gambling in 2017, the good news is that the current bill is not dead. It will remain open as a possibility as soon as the new Illinois legislative session begins in January.

How Illinois Advanced in 2017

Illinois has been a fairly progressive gambling state over the past few decades, so it wasn’t a huge surprise that some legislators had been considering online poker and casino game additions to its repertoire.

The bills emerged in the first half of 2017, and one in particular – S.208 – moved quickly. The bill was sponsored by several Democratic Senators to amend the Riverboat Gambling Act in order to allow the state’s casino operators to apply for online gambling licenses. The Illinois Gaming Board was to oversee the process, which involved issuing $10 million licenses to those operators and collecting a 15% gross gaming revenue for the state. This bill passed through the pertinent committees and then passed the Senate by a significantly positive vote of 42-10 at the end of May.

The companion House legislation was H.479, which addressed online poker, casino games, and daily fantasy sports, and it went to the House Executive Committee for a hearing in early June. However, after a rescheduling, the hearing was then cancelled. Whether too many members of the House were uninformed about online gambling or simply wanted a bill to only legalize daily fantasy sports (DFS) was unclear. But the issue was put on hold.

In October, however, H.479 was back on the table for consideration during a veto session. The bill was added to the agenda in the hopes of a debate that could pass the legislation before the end of the year. Those days of discussions came and went, however, with only a few days in October and November even available to fill in the details of the bill and push it through.

Strong consumer Internet protections, additional revenue w/o taxing all IL taxpayers, innovation and new jobs are but 4 good reasons to support passing legislation for Internet poker. Let's get this done for Illinois!

Bill Put to Sleep but Not Dead

By the ninth day of November, the Illinois legislative session closed for the year. With nothing having happened with H.479, that ended its chances for the year.

However, the bill is not dead. According to the rules of the Illinois legislature, H.479 remains open into the next session, which begins in January. The perfunctory session starts on January 16, at which point the House committees can consider and act upon any outstanding legislative measures, though attendance is not mandatory, and a full vote in the House could not take place until January 23 or after, when all legislators return to the Illinois capital.

Meanwhile, over the course of the next two months, legislators have the opportunity to talk behind the scenes, meet with lobbyists, and consider options for bills and budget funding legislation. If enough work happens behind the scenes to influence members of the Assembly before the new year, there is a fair chance that online gambling could pass early in the year.

Another factor working in the favor of Illinois and online gambling is the recent move by Pennsylvania to legalize and regulate online poker, casino games, and DFS. By January, the process of finalizing regulations and opening the licensing process should be underway, and Illinois will be able to see the ease with which Pennsylvania will follow New Jersey’s lead. The option to join the industry and the interstate online poker project that is underway may influence some Illinois casinos to put pressure on their state representatives, if it doesn’t influence the lawmakers themselves.

Illinois will be a state to watch as early as mid-January.

Will Illinois and it's representatives get the message, one can only hope #Poker https://t.co/m5H3JWyZYs