Is There an Online Poker Hall of Fame? 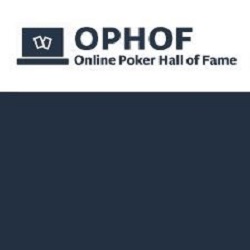 Over the past several years, there have been various proposals tossed around on poker forums regarding a hall of fame specific to online poker. It is no surprise players and fans want something to recognize and memorialize the accomplishments in the world of internet poker, as they are not represented in the mainstream Poker Hall of Fame.

Women have shown that it can be done successfully. Considering the underrepresentation of women in poker in general and in established channels of recognition, Lupe Soto launched the Women in Poker Hall of Fame (WiPHoF). More than 20 women have been honored since the first inductees were named in 2008, and it is a widely respected nonprofit venture.

It seems as if there is an Online Poker Hall of Fame in the works. However, the launch of a website about it shows little information about voting, honoree criteria, organizers, or plans. The lack of transparency is concerning, though this issue would be rather simple to remedy if those behind the project are sincerely dedicated to its success.

The new online Poker Hall of Fame website has suddenly popped up out with no fanfare whatsoever. https://t.co/m0Y4Yew0WI #poker pic.twitter.com/IYHsIQeOC4

The website for the Online Poker Hall of Fame (OPHOF) shows pictures of 31 online poker players, all well-known in the industry for their various accomplishments. They are all listed as nominees with photos, names, and online poker screen names only, and not in alphabetical or any decipherable order:

The “how it works” and “virtual OPHOF” sections are each blank except for “coming soon” messages. The “about us” link at the bottom of the page takes visitors to a page that simply lists seven poker media outlets and brands: PokerNews, PocketFives, WSOP.com, CardPlayer, Global Poker Index, PokerProLabs, and CalvinAyre.com. It is unclear if these are supporters, backers, partners, advertisers, or sources of research.

The vote button does forward to a voting page, where anyone who registers for the site can vote for up to three nominees. The list of players there is in a different order than on the home page, still with no clear determination for the order.

Haley Hintze of Flushdraw discovered that the site was created by Randy Kasper’s Poker Players International, an agency that represents numerous poker players, including Jarzabek, Leah, and Stout, the first three listed on the voting page.

I’ve been nominated for the 1st class of inductees for the Online Poker Hall of Fame: you can see all the nominees and vote here: https://t.co/RyHBNCz7Pk
What a group of legends 🐐🐐🐐

Wow, I am super excited to announce that I was informed by the ONLINE POKER HALL OF FAME of my nomination for the Inaugural class. If you feel like throwing the big dog a vote I would appreciate it. I am up against some online monsters and need the help 🙂 https://t.co/mBikrb04Oz

All of the poker pros listed on the OPHOF site have had online poker successes, but there are clear omissions from the list that can be found via simple internet searches.

Ben Tollerene, Alexander Kostritsyn, Alexander Milar, Di and Hac Dang, Ashton Griffin, Niklas Heinecker, and Brian Hastings are a few of the names that immediately come to mind. Some of the top names found in PocketFives rankings, which is ironically listed on the OPHOF’s “about us” page, are missing from the list, like Simon Mattsson, Niklas Astedt, Andras Nemeth, Patrick Leonard, and Steven van Zadelhoff.

If those who played major roles in promoting online poker can also be nominees, Isai Scheinberg is the clearest omission from the list, as he founded PokerStars and grew the company into the world leader in the industry. Mike Sexton played a significant role in the rise of PartyPoker. Mike Caro did the same for Planet Poker.

Since no criteria for nominations are listed on the site, and there is no information regarding the choice of the 31 nominees listed, it is unclear why some players are on the list while other industry greats were either not considered or didn’t make the final round of nominees.

The process of launching and maintaining a respectable hall of fame is no easy task. There must be some publicity, some recognition for people inducted into said hall of fame, and transparency as to the persons or organizations behind the process.

If OPHOF plans to be taken seriously and properly honor members of the online poker community who have not received recognition from the Poker Hall of Fame, organizers should take a look at the comments in articles and on social media to improve their product.