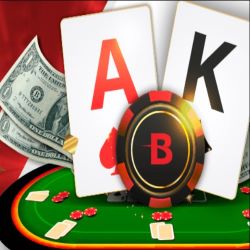 Since the coronavirus pandemic sent poker players around the world to online poker sites for cash games and tournaments, BetOnline has been one operator that stepped up with great offers. Not only are the tournament schedules simple and full of affordable options, they cater to US-based players.

BetOnline stepped up its tournament series game last month with the Online Poker Series Championship. It offered 80 tournaments with $2 million in guarantees. And buy-ins started at just $1.10.

This month, BetOnline and Sportsbetting.ag (both sites on the same online poker network) are offering the MICRO Tournament Series, starting this weekend on Sunday, June 14.

BetOnline and Sportsbetting.ag are two sites that don’t cater to high-stakes players. Their best customers are those playing at micro-stakes and low-stakes. Thus, they created the MICRO Tournament Series just for them.

Even though the buy-ins are low, though, the 67-event series guarantees $200K in prize pools throughout the two weeks of action. Players will also have a choice of a range of tournament formats, both in Omaha and Hold’em.

There will also be “phase” tournaments, ones that allow players to play with micro-buy-ins to make it through or just pay to play in the final phase. There are several of those events scattered throughout the schedule.

The full schedule includes some phased tournaments, as mentioned, and they are noted in the partial schedule below. Note the first several days of tournaments to see the range of buy-ins and structures.

The phased tournaments – Events 1 and 2 – offer one phase for each every day throughout the series. On the final weekend, however, there are extra phases prior to the final day of each tournament.

Finally, on Sunday, June 28, there are several Main Event options for players:

For times and more details about each tournament, see the full schedule on the BetOnline website.

This vs https://t.co/EaClC4UCYr is the easiest decision of all-time