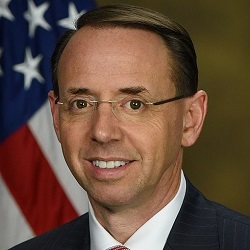 Last week, Americans became aware of an opinion from the Department of Justice’s Office of Legal Counsel regarding the Wire Act. The new opinion reversed a pivotal 2011 Wire Act decision that relegated the old law to sports betting applications only, leaving individual states to decide if and how to regulate online lotteries, poker, and casino games.

It had been reported in December 2018 that the new opinion had been written but not released, and that information proved to be true, as the opinion was dated November 2, 2018. The reason for the delayed publication remains unknown.

However, within days of the release of the Office of Legal Counsel’s memo, the United States Deputy Attorney General reacted with a 90-day delay for implementation and compliance, as well as a review of the opinion by another DOJ department.

Stop in the Name of Review

When the new Office of Legal Counsel memo was released on Monday, January 14, it took everyone by surprise. And due to its wide-ranging effects on the laws and actions taken by numerous states since the 2011 decision, one of the highest-ranking DOJ officials stepped in to calm the waters.

US Deputy Attorney General Rod Rosenstein released a letter on January 15 pertaining to the applicability of the Wire Act, directing DOJ attorneys to adhere to the new OLC interpretation but with an important caveat:

“As an exercise of discretion, Department of Justice attorneys should refrain from applying Section 1084(a) in criminal or civil actions to persons who engaged in conduct violating the Wire Act in reliance of the 2011 OLC opinion prior to the date of this memorandum, and for 90 days thereafter. The 90-day window will give businesses that relied on the 2011 OLC opinion time to bring their operations into compliance with federal law. This is an internet exercise of prosecutorial discretion; it is not safe harbor for violations of the Wire Act.

“I am designating the Criminal Division’s Organized Crime and Gang Section (OCGS) to review and approve proposed Wire Act charges. The Justice Manual will include a new review and approval process for prosecutions pursuant to the Wire Act.”

The following day, the DOJ issued a press release about the memo, clarifying that the 90-day delay is a time during which “federal prosecutors should not apply the Wire Act to non-sports-related betting or wagering.”

Regardless of the delay, many interested parties are still enraged by and concerned about the latest OLG decision and its potential impact on lotteries and internet gambling.

Most analysts agree that further guidelines from the DOJ are required before the full impact is known, as the way in which the decision will be enforced will determine how states and operators will adjust.

Meanwhile, the response from the Pennsylvania Gaming Control Board is telling in several ways. As licenses have only recently been issued and no online poker or casino sites have yet launched, PGCB Executive Director Kevin O’Toole, issued a letter to all land-based casinos and online operators on Friday that gives some insight as to the state’s fears.

NEW: The PGCB is warning PA casinos that any online gambling transaction across state lines would violate the reinterpreted Wire Act. https://t.co/U7ewX3iGJM

The letter, as posted by Online Poker Report, specifically noted that the new Wire Act decision prohibits interstate transmissions of wagers, not intrastate gaming. This indicates that PGCB attorneys read the opinion as remaining clear of online poker and casino game activity conducted within the state’s borders but will prohibit interstate gaming, such as the multi-state online poker agreement already in place and active between Nevada, New Jersey, and Delaware. “The Opinion does not,” he wrote, “however, negate the premise that ‘intrastate’ activity as provided for by State law is permitted.”

O’Toole also wrote that compliance with the new DOJ opinion will require that all servers for internet gambling must be located within Pennsylvania’s borders, something not required by Pennsylvania law as it was written in 2017.

Ultimately, O’Toole expressed his understanding that the changes may be difficult and were unexpected, but compliance will fall solely on the shoulders of the gaming operators. “It is your obligation to comply with the federal law in all respects in establishing your gaming operations which must now be entirely ‘intrastate.” And compliance will be required by April 15, 2019, the end of the 90-day window allotted by Deputy AG Rosenstein.

As for Nevada, New Jersey, and Delaware, the three states currently engaging in interstate online gambling, none have yet issued any statements or directives.