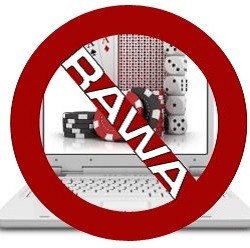 The latest attempt at banning online gambling via the United States Department of Justice has been placed on the desk of US Deputy Attorney General Rod Rosenstein. The request from US Senators Dianne Feinstein and Lindsey Graham to reverse the 2011 decision regarding the Wire Act was delivered on November 21, and no word has yet come from the DOJ about possible consideration or action.

This, however, does not mean the request is falling on deaf ears. Rosenstein is no fan of online gambling, having been a key player in serving arrest warrants for Calvin Ayre and Bodog executives, seizing online gambling payments being processed by Neteller, and closing some offshore online gambling sites. While none of this translates into a certain judgement to remove states’ rights to make their own internet gaming decisions, it does not create a sense of calm among gambling advocates, either.

Sens. Lindsey Graham and Dianne Feinstein sent a letter to DoJ Deputy Director Rod Rosenstein, pleading with him to enact a federal ban on state-authorized online #poker — a ban that they cannot get passed legislatively. pic.twitter.com/a6IIsUmgey

Meanwhile, there is little chance that the online gambling industry will know before a decision is rendered. Rosenstein or a DOJ associate could be working on the decision already, or they could ignore it in favor of more pressing issues facing the US Justice Department. That is why this is the time for influential groups and individuals to weigh in with their educated opinions, facts, and opposition to a reversal of the 2011 Wire Act decision.

Attempts at passing a Restoration of America’s Wire Act bill through Congress have been appearing for a number of years, which prompted a number of organizations to write to members of Congress to oppose RAWA. Most of these letters were written and delivered in 2014 and 2015. Not only do they need to be updated but specifically addressed to Rosenstein to send the clearest of messages.

There were seven letters or press releases published in 2014.

And those were followed by four in 2015.

The only letter drafted in the past year was one from the National Governors Association on March 31, 2017 to US Attorney General Jeff Sessions. However, Sessions has recused himself from all matters relating to online gambling and the Wire Act decision, and it is unclear if this letter was passed on to Rosenstein.

Most of these letters are filed away in dusty filing cabinets in a storage room and have no impact on decisions to be made in 2017 or 2018. In addition, letters to members of Congress are not as relevant as letters sent directly to Rosenstein, upon whose shoulders this Wire Act decision now rests.

Organizations that felt this way in the past are most likely still opponents of RAWA and all related decisions, and it would behoove the cause for those groups to write updated letters to Rosenstein to express their concerns. Letters from governors of the four states with legalized online poker or casino games, particularly the very successful New Jersey market, should send letters as well.

It is time for the Poker Players Alliance (PPA), the only national lobbying organization speaking for the poker community, to enlist the help of RAWA opponents to take a stand. As the last year of governmental changes have shown, anything can happen with little or no warning. The current administration, including Rosenstein, needs to know about the broad support in America for the 2011 DOJ decision.