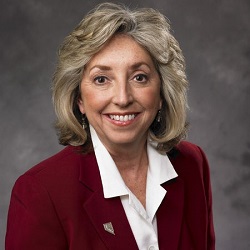 The Restoration of America’s Wire Act (RAWA) has taken many forms. In its original legislative form, it was a bill crafted by legislators to restore the original meaning of the Wire Act, essentially banning all online gambling at the federal level. All who have tried to introduce such bills or attach amendments to budget matters had benefited from the campaign donations given by casino mogul Sheldon Adelson, who is adamantly opposed to online gaming.

Another form of pushing RAWA has been legislators who appeal to the US Attorneys General for the reversal of the 2011 Department of Justice decision that did reverse parts of the Wire Act. That allowed states to decide about online lotteries, poker, and casino games on their own rather than be tethered to the antiquated federal Wire Act.

When President Donald Trump appointed Jeff Sessions as the new US Attorney General in 2017, it didn’t take long for Sessions to be forced into a recusal from anything pertaining to gambling due to his close ties with Adelson. That left US Deputy Attorney General Rod Rosenstein in charge of such matters, and the appeals to Rosenstein began.

The most significant plea to Rosenstein came in November 2017 from US Senators Lindsey Graham and Dianne Feinstein. The bipartisan duo wrote a half-misleading letter requesting that Rosenstein reverse the 2011 DOJ decision, which would ban online gambling.

It took nearly two months, but New Jersey responded to the Graham/Feinstein letter with their own correspondence to Rosenstein. This was authored by US Senators Cory Booker and Robert Menendez of New Jersey, as well as eight members of the US House of Representatives – Frank LoBiondo, Leonard Lance, Tom MacArthur, Josh Gottheimer, Albio Sires, Bonnie Watson Coleman, Bill Pascrell Jr., and Donald Payne Jr. – all from New Jersey as well.

The letter pointed out the errors in letters from opponents of online gambling and offered updated and accurate information about the benefits of online gaming regulation. And of course, the successes of online gaming in New Jersey were also cited, including the record year of 2017, as well as its positive effects on the overall economic health of Atlantic City. They mentioned the technologies that make regulation so successful, and they talked about the dangers of prohibition.

Nevada Representative Titus Next to Act

On March 6, Nevada Representative Dina Titus penned her own letter to Rosenstein in response to the Feinstein/Graham letter of last November.

Read my letter to Deputy AG Rosenstein on why he should not reverse the DOJ's 2011 Wire Act interpretation. pic.twitter.com/F4Gy7daps6

The letter began as expected:

“I write urging you not to rescind the 2011 Department of Justice Office of Legal Counsel interpretation of the Wire Act. As you know, this opinion clarified that the Wire Act only applies to sports betting and does not prohibit other forms of online gaming. Since this determination was made, Nevada, Delaware, New Jersey, and Pennsylvania have passed laws to legalize and regulate forms of online gaming.”

Titus went on to talk about the importance of gaming to Nevada, specifically Las Vegas in her district, and then stated:

“In Las Vegas, we have seen that a regulated market is always better than an illegal one. Internet gaming will not go away with a reversal of Wire Act guidance; it will merely push more consumers into black markets. A reversal will only hurt businesses.

“A letter from Senators Lindsey Graham and Dianne Feinstein to you on the matter erroneously references the Unlawful Internet Gambling Enforcement Act (UIGEA) as legislation that banned internet gambling. However, the passage of UIGEA in 2006 specifically authorized intrastate internet gambling so long as states apply certain safeguards. Congress did not prohibit it, but instead created the parameters under which it could exist.

“There are extensive consumer protections in place enforced by state law enforcement authorities in states where online gaming is legal and regulated. The Graham-Feinstein letter uses fear tactics and hyperbolic language to emphasize their distaste for online gaming. While they claim online gaming ‘preys on children,’ in Nevada there are effective technological safeguards in place to verify age and location, and regulators can impose additional requirements to further mitigate the risk of play by minors. In contrast, unregulated internet gaming sites provide no assurances that minors will be prevented from gambling; and there is copious evidence that businesses involved in illegal online gaming have left the regulated online gaming markets in Nevada, Delaware, and New Jersey.

“I encourage you to carefully study this issue and consult with industry leaders, regulators, and consumers before reversing Wire Act guidance in a way that could eliminate jobs in the online gaming industry, infringe on states’ rights, and exacerbate growth of the illegal online gaming market.”

Once again @repdinatitus lays it out to defend state regulated internet poker. Thank you Congresswoman! https://t.co/5qWuqkuRFr

Are the Letters Enough?

Time will tell. Rosenstein is being pressured from legislators on both sides of the issue.

In the past, Rosenstein has vigorously supported states’ rights, but he also played significant roles in numerous online poker and gambling crackdowns, such as those involving Neteller, Blue Monday site closures, and arrest warrants for Calvin Ayre and other Bodog executives.

Rosenstein is also under tremendous pressure in his role at the current time as the Trump administration is under constant scrutiny and turmoil. There is also speculation that Sessions may be fired by Trump in the weeks or months to come, which would put Rosenstein in a position to take over as US Attorney General. Or Trump could fire him, too. There is no way to know what may happen in the Department of Justice or if Rosenstein is inclined to act on the 2011 Wire Act decision in any way.