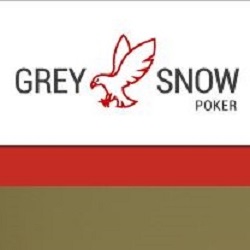 The Iowa Tribe of Oklahoma has been trying to launch an online poker site since 2015. The project has been through the courts, software platform changes, licensing issues, and name changes, still without seeming any closer to launching the website than before.

The latest chapter in the curious case of the Iowa Tribe of Oklahoma involves a name change. PokerTribe is no longer the site name; Grey Snow Poker seems to have taken its place.

Thanks to Haley Hintze of Flushdraw, who has been monitoring the situation for years, we know more information about the latest changes. Even so, it all still creates more questions in the end.

The new website is GreySnowPoker-dot-com. It states that US residents are not currently permitted to play real-money online poker on the site, which is undergoing testing in beta. The message encourages permitted players to download the software or use the instant-play function to sign up for a new account.

The welcome note calls the site the “newest kid on the block for online poker” and mentions that it is the first Native American poker site to be awarded a license from the Isle of Man’s Gambling Supervision Commission. It is unclear if the license is still pending due to conditions that needed to be met.

More than a poker site, Grey Snow Poker will be used “to increase awareness of the Iowa Tribe of Oklahoma across the globe, as well as promoting and supporting the rights of all North America’s indigenous peoples.”

As for expectations for the site, the bar is set low. “You won’t find the largest number of games or the most players,” the home page reads. “What you’ll find is a great selection of tournaments and cash games played on great looking tables.”

The page also notes the original of the name of the site. The Iowa Tribe of Oklahoma’s tribal name is Bah Kho-Je, which translates into “People of the Grey Show.” Iowa Tribe of Oklahoma Chairman Bobby Walkup wrote in a message on the “about us” page that they are thrilled about this venture into online poker with the “most exciting poker site on the planet.” He also mentions, “Integrity, trust and fair play are key at GreySnowPoker-dot-com. We want you to feel safe playing poker and hope your experience at the tables is heightened knowing that security goes hand in hand with enjoyment.”

Though Grey Snow Poker wants players to believe that integrity and trust are at the core of the company, the history of this online poker venture has been anything but transparent or steeped in integrity.

While the Iowa Tribe of Oklahoma made some progress in 2017 with the Isle of Man provisional licensing of its site, there were many other happenings that shed a negative light on the entire process. Days after the licensing announcement, the Cheyenne and Arapaho tribes filed a lawsuit against Universal Entertainment Group, the owner of the software used for the original PokerTribe site.

That online poker site was supposed to launch in the fall of 2017, but there was never another word about that date or the launch as the year progressed and 2018 began. It wasn’t the first time the tribe made a launch promise that failed to come to fruition.

Soon after, an Oklahoma news outlet reported that the Universal Entertainment Group owner Fred Khalilian became the new COO for a company called Monster, which purchased PokerTribe from the Iowa Tribe of Oklahoma. Chairman Walkup called it a collaboration, though, as the tribe was to keep the gaming license and Monster to hold the gaming vendor license. It was all quite complicated.

All of this remains somewhat of a mystery. As the Flushdraw article points out, it is not clear what software is being used to run Grey Snow Poker, but all indications point to a third-party platform, though a Grey Snow representative claimed the site was powered by “internal software.”

I promised an update on the https://t.co/KCgMJOrRA1 serial comedy, but some larger stories took precedence. Here 'tis: https://t.co/ItK7Wq0HtC

Transparency would be a good start to building trust with customers and showing that integrity with which the site operates.