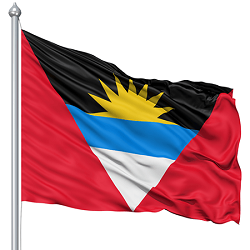 Antigua and Barbuda to return to WTO

Antigua and Barbuda have been involved in an ongoing dispute with the US government since the early 2000s over the issue of online gaming rights and revenues. Its government has been pursuing a remedy of the situation for well over a decade, but even with the backing of the World Trade Organization, the dispute remains unresolved.

Every few months, the government of Antigua and Barbuda issue a new statement to keep attention on the WTO ruling and the lack of cooperation by US officials to bring the case to a conclusion. The most recent attempt came via a press release on August 4 in response to closure of a federal case against Bodog founder Calvin Ayre.

When online gambling companies first began serving customers in the US and around the world in the 1990s, many established their servers by obtaining licensing through the Antigua and Barbuda government. It became a prominent source of revenue for the dual-island nation, with $2.4 billion recorded in 2001 alone. In addition, more than 1,000 people were employed by the industry.

The US began aggressively pursuing and prosecuting companies under the 2006 Unlawful Internet Gambling Enforcement Act, as well as the 1961 Wire Act, which prompted many of the companies based in the Caribbean nation to shut their doors and stop servicing US-based customers. The Antigua and Barbuda government protested, saying that the charges against those companies harmed an integral part of its economy and violated an online commerce trade agreement between it and the US.

The response from the US as simply that it didn’t owe Antigua and Barbuda any damages for lost revenue and did not violate any agreement. That prompted the nation’s government to take its complaint to the World Trade Organization of which both countries are members. The WTO ultimately ruled that the actions of the US severely impacted Antigua and Barbuda and its economic stability, and that it would continue to do so. At the time of that ruling in 2004 – even before the UIGEA was enacted – the WTO ordered the US pay $21 million in damages. Still no response from the US by 2006, the WTO Dispute Panel ruled that the US failed to comply and issued Antigua and Barbuda the right to begin imposing trade sanctions against the US.

With regard to products exported by Antigua and Barbuda to the US, there were few that would make any meaningful impact on the US, so the small government turned to intellectual property rights for its products copyrighted and trademarked by the US. That was supposed to cost the US up to several billion dollars per year, but the implementation of that plan proved very difficult.

In 2016, Prime Minister Gaston Browne began issuing regular statements about the issue, expressing frustration with the unwillingness to agree to any fair arrangements to settle the matter. He noted that the situation had “drawn on for too long to the severe disadvantage of the people of Antigua and Barbuda” and that he planned to more sternly “pursue the remedies as authorized by the WTO in the interest of fairness.”

Browne also noted that the sum owed to Antigua and Barbuda had grown to more than $200 million at that point, all while the US had benefited “by hundreds of millions of dollars from penalties and fines derived from prosecuting internet gaming operators who were located in Antigua and Barbuda.” He admitted that US officials had requested a settlement at one time, but the proposal was “regrettably paltry.” He raised awareness of the case by discussing it during a radio and television broadcast as well.

Another year of failed negotiations and the unwillingness of the US to offer a reasonable settlement to Antigua and Barbuda led to more frustration. And the Calvin Ayre case was the next event that prompted a response from the Caribbean.

The case against Calvin Ayre stemmed from the US government’s prosecution of online gambling companies. After the Black Friday indictments against PokerStars, Full Tilt Poker, UltimateBet, and Absolute Poker in April 2011, the Department of Justice pursued Bodog through Ayre as well. The charges pertained to a felony violation of the Wire Act and were aimed at Ayre and three other men associated with the Bodog brand.

Ayre stayed out of the US for years and avoided capture as a billionaire can often do. Finally, however, his attorneys were able to resolve the case without prison time or excessive fines. It happened in the second week of July this year, when Forbes reported that Ayre pleaded guilty to one misdemeanor charge of accessory after the fact related to the transmission of gambling information in violation of the Wire Act.

With lawyers in the Baltimore courtroom and Ayre in Canada, the case was settled with a $500,000 fine and sentence of one year of unsupervised probation. He also agreed to making no claims against monies seized by the DOJ that belonged to US-based players on his site – totaling approximately $66 million – and assured the court that he “personally ensured that any Bodog brand player was made whole.”

The press release of August 4 began on a positive note: “The Government of Antigua and Barbuda congratulates Mr. Calvin Ayre on the resolution of the criminal case brought against him in the United States.”

Evidently, Ayre built a $25 million office complex and personal residence in Antigua and Barbuda in 2007 due to his licensing of online gaming activities through the Financial Services Regulatory Commission. His subsequent indictment in the US for illegal gambling, claimed the island government, violated the 2004 WTO ruling. Combined with the unsuccessful attempts to settle with the US, the small government is prepared to try again.

Per the WTO calendar, the next meeting of the WTO’s Dispute Settlement Body is August 31, 2017, and the government of Antigua and Barbuda is prepared to “reinvigorate the issue” then.